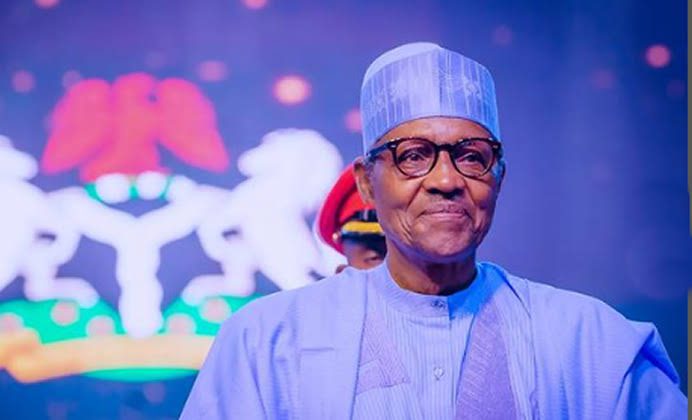 President Muhammadu Buhari has ordered security agencies through the National Security Adviser, Mohammed Monguno, to deal ruthlessly with political parties that are sponsoring criminals and criminalities in the build up to the 2023 general elections.

Disclosing this at an emergency meeting of the Inter Agency Consultative Committee on Electoral Security at the National Headquarters of the Independent National Electoral Commission, Abuja on Friday as a result of the twin attacks on INEC offices in Ogun and Osun States, Monguno warned that the security agencies will carry out the President’s order to the letter.

He said, “President Muhammadu Buhari has consistently maintained his stand to bequeath Nigerians a free, fair, transparent and credible election in 2023 and would not shift grounds. He has given directives through me to the security chiefs to ensure security and safety of the citizens through the elections to make sure nothing hinders the smooth and peaceful conduct of the polls.

“I want to assure that the security agencies have been given clear cut instructions to preempt and deal ruthlessly with any form of criminals and criminalities out to hinder a peaceful conduct of elections.

The NSA further warned that the era of not acting on the instructions of the President is over adding, “The President has given us a strict directive which we must follow through to the letter. This is not the time to say one thing or the other stopped us from acting on the President’s orders. We will act. Go and advise your people.”

He said the emergency meeting was very important as there are issues that have emerged adding that from his own statistics there have been 52 cases of violence across the states 90 days to the general election.

Similarly, the INEC has condemned in strong terms the attack on its offices and staff nationwide following the recent twin attacks on its offices in Ogun and Osun States.

“The attack in Abeokuta South happened around 1.15am while that of Ede happened around 6.00am yesterday Thursday 10th November 2022. Our immediate conclusion is that they may not be isolated, but we leave this determination to the security agencies who are investigating the incidents. Secondly, the spate of attacks during electioneering campaigns by political parties is increasing rather than decreasing.

“While the damage in the attack in Ede South was minimal, that of Abeokuta South was extensive. Materials destroyed included 904 ballot boxes, 29 voting cubicles, 8 electric power generators, 57 election bags, 30 megaphones, 65,699 uncollected Permanent Voters’ Cards (PVCs) and a host of other assorted items such as stamps and stamp pads.

“The Commission is taking urgent steps to repair the damage to the building and replace the facilities in the Ede South Local Government Area so that the office becomes functional again immediately.

“For Abeokuta South Local Government Area office, the destruction was total. Consequently, the Commission is relocating our staff to the old State office (also known as INEC Office Annex) in Oke-Ilewo area of Abeokuta. All activities involving the 15 Registration Areas (Wards) and 445 Polling Units in Abeokuta South Local Government Area will henceforth be coordinated from the new location in Oke-Ilewo.

“Similarly, the Resident Electoral Commissioner (REC) for Ogun State has been directed to compile the Voter Identification Numbers (VINs) of all the 65,699 Permanent Voters Cards (PVCs) lost in the attack from our database and submit the record for immediate reprint. We want to assure affected registered voters in Abeokuta South that no one will be disenfranchised as a result of this dastardly act.”

Yakubu further said, “Turning to the spate of physical attacks during the ongoing political campaigns and rallies, the Commission has so far tracked 50 incidents across 21 States of the Federation and the Federal Capital Territory. These unhappy occurrences are coming just a little over one month into the election campaign which is scheduled to last for about five months from 28th September 2022 to 23rd February 2023 for national elections (Presidential and National Assembly) and from 12th October 2022 to 11th March 2023 for State elections (Governorship and Houses of Assembly). The Commission is worried that if no urgent and decisive steps are taken, the attacks will intensify as we approach the election date. As we all know, a peaceful campaign heralds a peaceful election. We need to take decisive steps to stem the ugly trend.

“As a body, the Inter-Agency Consultative Committee on Election Security (ICCES) brings together security, safety and other agencies responsible for securing the process and ensuring peaceful elections in Nigeria. Understandably, Nigerians expect a decisive action from ICCES. It is important that we move swiftly to apprehend perpetrators, prosecute them as required by law and reinforce security around election officials and electoral infrastructure around the country.

“As we have stated on several occasions, election is a multi-stakeholder activity involving not just INEC and the security agencies. The political class plays perhaps the most critical role in ensuring peaceful elections. We must all rise to the occasion. Nigerians are watching us. The world is watching us. We must never disappoint them.

“The Commission wishes to reassure Nigerians that we remain committed to delivering credible elections in spite of the challenges. The attempt to sabotage or weaken our resolve will not deter us from conducting transparent elections in which only the votes cast by Nigerians on Election Day will determine winners of elections.”