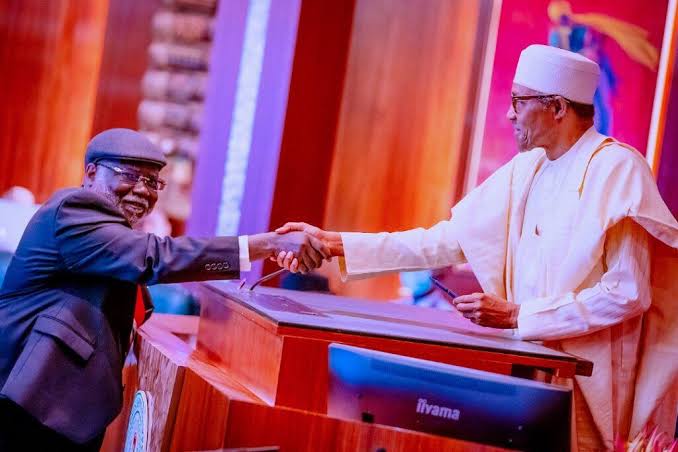 A day after he received the second highest national honour –the Grand Commander of the Order of Niger, GCON, Justice Ariwoola Olukayode was on Wednesday sworn-in by President Muhammadu Buhari as the substantive Chief Justice of Nigeria.

Justice Ariwoola took the judicial oath of office in a brief ceremony at the Council Chambers in Abuja before the commencement of the weekly Federal Executive Council meeting presided over by the President.

Vice President Yemi Osinbajo, ministers, other justices of the Supreme Court, Oyo State Governor, Seyi Makinde and his Ondo State counterpart, Rotimi Akeredolu, SAN, were part of those who witnessed the brief ceremony.

Justice Ariwoola was appointed a Justice of the Supreme Court on November 22, 2011, by President Goodluck Jonathan.

The CJN, in a brief chat with newsmen, appealed to politicians in the country to allow the judiciary to function optimally as the 2023 elections approach, promising reforms at the apex court.

Justice Ariwoola took over the leadership of the Supreme Court in an acting capacity following the resignation of the former CJN, Justice Tanko Muhammad, on health grounds.