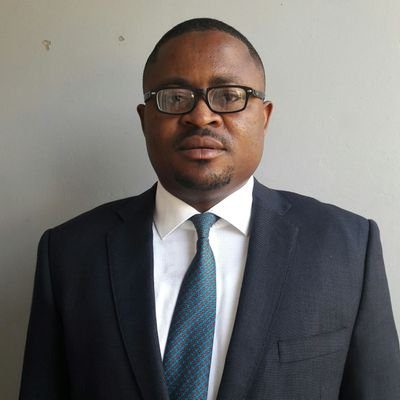 What are your thoughts regarding the renewed bickering between the Police Service Commission and the Inspector General of Police over recruitment of Constables and other officers? Which of them has the constitutional right to recruit personnel into the force?

“If I don’t have evidence that Mr. President is complicit in this, then I don’t need to start accusing him unnecessarily but like I said, his ambivalence allowed this to fester, he’s being lethargic about it. So, whether he is complicit or not is not for me to define, it’s for Nigerians to look at it”

How can people read Nigerian laws upside down? It’s a very clear cut constitutional provision. So, why are Nigerians paying for salaries of hundreds of people who work in the Police Service Commission without doing anything? The job that the Police Service Commission has is to recruit, discipline and dismiss police officers. If you take away this from them, then why are you creating unnecessary bureaucracy that is not contributing anything? So this is the fact as I know it. In short, let me tell you. There is a Court of Appeal judgement that was delivered on 30th September 2020 and the lead judgement was read by Justice Peter Olabisi Ige. Let me read out the first part of that judgement, it says, “The court held that by the combined provisions of Section 153, subsection 1n; Section 153, subsection 2; and Section 215, subsection 1b of the Constitution of the Federal Republic of Nigeria 1999 (as amended) and Paragraph 30, Part 1 of the 3rd schedule to the Constitution, as well as Section 6 and 24 of the Police Service Commission Establishment Act, the Police Service Commission is the sole statutory body exclusively empowered and responsible for the appointment, promotion, dismissal and exercise of disciplinary control over persons holding or aspiring to hold offices in the Nigeria Police Force, except for the appointment of the Inspector General of Police.” This is the judgement of the Court of Appeal, this was a case between the Police Service Commission and the Inspector General of Police of Nigeria on who should recruit or dismiss. This judgement of the Court of Appeal remains the law of the land, except there is a Supreme Court judgement that overturns this. And as I’m talking to you, the Police has even refused to appeal this judgement. The Appeal to this judgement that was delivered in 2020, is not even lying before the Supreme Court of Nigeria, and someone just decided… When did we get to this level that the Constitution of Nigeria is being trampled upon like this. I’m not talking about an ordinary Act of the National Assembly. Every patriotic Nigerian should be worried about this situation.

With President Muhammadu Buhari being the head of the Nigeria Police Council, how should he wade into this matter to resolve this crisis?

The President should use his powers as the Chairman of the Police Council to call the IG to order. The only thing he needs to do is to tell the IG to respect the laws of the land, simple.

When a similar case happened under the immediate past IG, Mohammed Abubakar Adamu, the president didn’t do anything about it. Will you be surprised if he once again doesn’t wade into this matter?

It is the ambivalent of Mr. President that emboldened the former IG, that is emboldening the current IG to continue in this illegality because if the President had spoken, nobody will take the words of Mr. President for granted but it’s just because we live in a country where institutions don’t work. Do we even need Mr. President to come out and read out the riot act before someone obeys the law? Do we even need that to happen before someone understands that he needs to obey the law? But what is playing out is that, you know, I’m a lawyer, so I need to speak with evidence. If I don’t have evidence that Mr. President is complicit in this, then I don’t need to start accusing him unnecessarily but like I said, his ambivalence allowed this to fester, he’s being lethargic about it. So, whether he is complicit or not is not for me to define, it’s for Nigerians to look at it. Like I said, you don’t need him to speak on this for someone to obey the law, but when you are the Commander-In-Chief, and you see that people who are supposed to protect the laws of Nigeria, which is the police, are violating the laws, then the Commander-In-Chief should be able to call the IG to order.

What’s your particular role in this recruitment duel between the PSC and IGP?

I am representing the Police Service Commission in this respect. I’ve spoken to the guy who is heading their Union, you know they said they put up a warning strike. But the truth is that, the situation we have now is that we are in a very problematic situation. We are not going back to litigate whether it is the IG that should recruit or the Police Service Commission that should recruit, a judgement had already been given in that respect. Now, what we are dealing with now is, asking somebody to enforce the judgement. Meanwhile the same person who is to enforce this judgement is the police who are violating the judgement. So, we are going to court to get an order of mandamus to order the Inspector General of Police to obey the court judgement already given. The question that should be on every Nigerian should be why is this thing happening now? Since the creation of the Police Service Commission, they’ve been recruiting, dismissing and promoting. Why now? Why under this administration? Must this administration kill every institution in Nigeria before they go? This is a very problematic situation because this is the Police that is charged with the responsibility of protecting the law but they are the ones violating it.

Are you aware if the strike will still hold on Monday, August 29, as scheduled?

I understand that there are so many stakeholders that are trying to intervene to allow for some intervention but how much should we keep making some of these interventions? Nigeria is not being fair to these guys, I’m reading in the media, there are a lot of people criticizing them that people are still dealing with the ASUU strike while they are trying to compound their problems without them knowing why these guys want to go on strike. We are not being fair to them. Look at criminals in the various vices such as banditry and terrorism terrorising all over Nigeria. The Police shouldn’t have time to be dealing with recruitment, it’s time consuming. They should be going to the forests and be fishing out the bandits terrorising Nigeria, instead of distracting themselves with power that doesn’t belong to them.