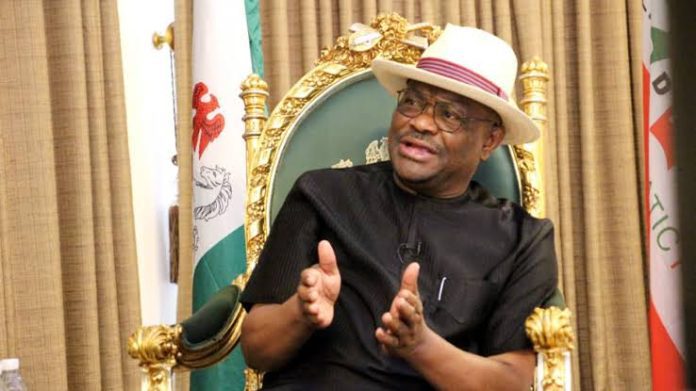 GOVERNOR Nyesom Wike of Rivers State, on Wednesday, boycotted the official inauguration of the Presidential Campaign Council of the Peoples Democratic Party.

Governors in the camp of the Rivers Governor, including Samuel Ortom of Benue; Seyi Makinde of Oyo; Ifeanyi Ugwuanyi of Enugu; and Okezie Ikpeazu of Abia State, also boycotted the event.

Though loyalists of the Presidential Candidate of the party, Atiku Abubakar, attended the inauguration, which held at the International Conference Centre, Abuja, in their numbers, the absence of the Wike bloc was palpably felt.

Many party leaders who align with Wike’s cause were also absent, signalling a shaky start for the PDP presidential campaign.

Wike’s camp is insisting that, in line with an earlier agreement, the National Chairman of the PDP, Iyorchia Ayu, must resign.