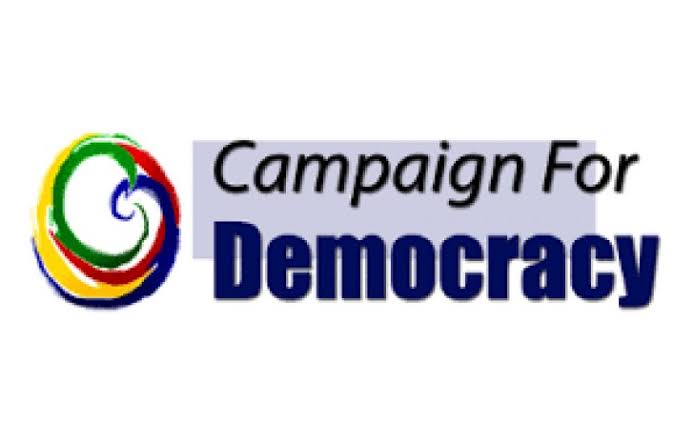 Leading rights group, Campaign for Democracy has expressed disappointment in Nigeria’s executive arm of government over the spate of disobedience to court orders.

Speaking with newsmen in Akure, the Ondo State capital, CD Secretary-General, Ifeanyi Odili, particularly condemned a recent installation of a traditional ruler for Iree community purportedly on the orders of outgoing governor Osun State, Gboyega Oyetola, despite a court order stopping the process.

An Osun High Court, sitting in Ikirun, recently restrained the state government from installing Prince Raphael Ademola as the new Aree of Iree, pending the determination of the substantive suit in motion.

According to Odili, news-reports that the Osun State Government had installed the Oba-elect, “against court order and at the twilight of the administration, smacks of executive recklessness.”

“The CD has observed with concern the unrepentant habit of the executive arm of government in Nigeria, in disobeying court orders.

“The latest one is the recent reported installation of a new oba (monarch) in Iree in Osun State, despite a subsisting court order to the contrary.

“We in the CD view this as sheer executive lawlessness, and we stand in protest against such habit by the outgoing administration of Governor Oyetola,” Odili complained.

He similarly described as awful, the spate of disobedience to court orders at the federal level, noting that “though the Federal Government appealed against the Court of Appeal order releasing Nnamdi Kanu, there was no stay of execution while still holding the man.”

Odili remarked that “such habit is injurious to the growth of democracy in a sensitive, volatile and tenuous Nigerian society.”

The CD scribe, appraising the coming general elections, warned the Independent National Electoral Commission to think of the good of the larger society by refusing every form of inducement from the political class.

“The INEC should act out every detail in the new Electoral Act and refuse inducement from politicians, to make them bend the rules.

“The condition of the Nigerian society is pathetic; the economy is in tatters and our younger generation is wasting away for want of what to do.

“Therefore, the electorate should be fully unfettered to exercise their voting right and elect leaders of their choice, for a better Nigeria,” the CD admonished.