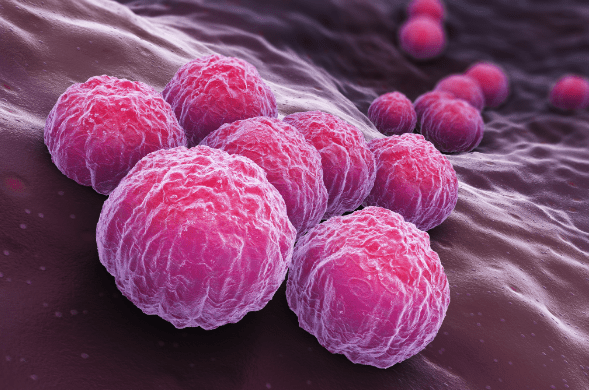 Chlamydia is a common sexually transmitted infection (STI) caused by bacteria. People who have chlamydia often don’t have outward symptoms in the early stages.
In fact, it’s estimated that 40 to 96 percent of people with chlamydia have no symptoms. But chlamydia can still cause health problems later as untreated chlamydia can cause serious complications. So, it’s important to get regular screenings and talk with your doctor or another healthcare professional if you have any concerns.

How is chlamydia transmitted?
Sex without a condom or other barrier method and oral sex without a barrier method are the main ways a chlamydia infection can be transmitted.
Penetration doesn’t have to occur to contract it. Touching genitals together may transmit the bacteria. It can also be contracted during anal sex.
Newborn babies can acquire chlamydia from their mother during birth. Most prenatal testing includes a chlamydia test, but it doesn’t hurt to double-check with an OB-GYN during the first prenatal checkup.
A chlamydia infection in the eye can occur through oral or genital contact with the eyes, but this isn’t common.
Chlamydia can also be contracted even in someone who’s had the infection once before and successfully treated it.

Symptoms
Chlamydia is often referred to as a “silent infection” because most people with a chlamydia infection don’t experience any symptoms.
However, it can cause several symptoms in others, including:
Pain
A burning sensation while urinating
Abnormal discharge from the penis or vagina

Some symptoms of chlamydia may also differ slightly for men and women.
Chlamydia symptoms in men
Many men don’t notice the symptoms of chlamydia. Most men have no symptoms at all.
Some of the most common symptoms of chlamydia in men include:
burning sensation during urination
Yellow or green discharge from the penis
Pain in the lower abdomen
Pain in the testicles
It’s also possible to get a chlamydia infection in the anus. In this case, the main symptoms are often:
Discharge
Pain
Bleeding from this area
Having oral sex with someone who has the infection raises the risk of getting chlamydia in the throat. Symptoms can include a sore throat, cough, or fever. It’s also possible to carry bacteria in the throat and not know it.

Chlamydia symptoms in women
If a woman contracts the STI, it may take several weeks before any symptoms appear.
Some of the most common symptoms of chlamydia in women include:
Painful sexual intercourse (dyspareunia)
Vaginal discharge
Burning sensation during urination
Pain in the lower abdomen
Inflammation of the cervix (cervicitis)
Bleeding between periods
In some women, the infection can spread to the fallopian tubes, which may cause a condition called pelvic inflammatory disease (PID). PID is a medical emergency.

The symptoms of PID are:
fever
severe pelvic pain
nausea
abnormal vaginal bleeding between periods
Chlamydia can also infect the rectum. Women may not experience symptoms if they have a chlamydia infection in the rectum. If symptoms of a rectal infection do occur, however, they may include rectal pain, discharge, and bleeding.
Additionally, women can develop a throat infection if they have oral sex with someone with the infection. Though it’s possible to contract it without knowing it, symptoms of a chlamydia infection in your throat include cough, fever, and sore throat.
The symptoms of STIs in men and women can be different, so it’s important to talk with a healthcare professional if you experience any of the above symptoms.

Causes and risk factors
Chlamydia is an STI caused by a specific strain of bacteria known as Chlamydia trachomatis.
It is transmitted through vaginal discharge or semen, and can be transmitted through genital contact or oral, vaginal, or anal sex without a barrier method, like a condom.
Chlamydia is more common in women than in men. In fact, it’s estimated that the overall rate of infection is two times higher for women than men in the United States.
Some of the other risk factors for infection include:
Not using barrier methods like condoms consistently with new sexual partners
Having a sexual partner who is having sex with other people
having a history of chlamydia or other STIs

How common is chlamydia?
In 2018, the Centers for Disease Control and Prevention (CDC) estimated that there were approximately 4 million cases of chlamydia in the United States.
Men and women can both get the infection, but more cases in women are reported.
Infection rates are highest among younger women, with the highest rates of infection occurring in women between ages 15 and 24.
The CDC recommended that all sexually active women ages 25 and younger get screened for chlamydia every year, as well as women ages 25 and older with risk factors for chlamydia.
Statistically, a person is more likely to get an STI if they’ve had sex with more than one person. Other risk factors include having had an STI in the past, or currently have an infection, because this could lower resistance.
Rates for chlamydia and other STIs have been climbing in recent years.
How to reduce risk of getting chlamydia
Abstaining from sexual activity is the only guaranteed way to prevent chlamydia.
However, if you are sexually active, there are several simple steps you can take to decrease your risk of contracting chlamydia, as well as many other STIs.

Here are a few ways to reduce your risk:
Use barrier methods. Using a condom, dental dam, or other barrier method each time you have oral, vaginal, or anal sex can help significantly decrease the risk of infection.
Get tested. Getting screened regularly for STIs can help prevent the transmission of chlamydia and ensure that you get treatment if needed. A doctor can help determine how often you should get tested, depending on your risk level.
Communicate with your sexual partners. Having multiple sexual partners can increase your risk of chlamydia and other STIs. But you can decrease this risk by openly discussing STI prevention and using barrier methods every time you have sex.
Avoid sharing sex toys. If you do decide to share any sex toys, wash them thoroughly between each use and cover with a condom.

Chlamydia treatment
Chlamydia is easy to treat and can be cured. Since it’s bacterial in nature, antibiotics treat it.
Azithromycin is an antibiotic usually prescribed in a single, large dose. Doxycycline is an antibiotic that must be taken twice per day for about 1 week.
A healthcare professional may also prescribe other antibiotics. No matter which antibiotic is prescribed, dosage instructions should be followed carefully to make sure the infection clears up fully. This can take up to 2 weeks, even with the single-dose medications.
During the treatment time, it’s important not to have sex. It’s still possible to transmit and contract chlamydia if exposed again, even if you’ve treated a previous infection.

Home remedies for chlamydia
The only true cure for this type of infection is antibiotics. Some alternative treatments may help ease symptoms. It’s important to remember that untreated chlamydia can lead to long-term complications, including fertility problems and chronic inflammation.
Home remedies for chlamydia that may be effective (for symptoms, not the infection itself) include:
Goldenseal. This medicinal plant may limit symptoms during an infection by reducing inflammation.
Echinacea. This plant has been widely used to boost the immune system to help people overcome infections of many types, from the common cold to skin wounds. It may help reduce symptoms of chlamydia.
Although compounds in these plants might help ease inflammation and infection in general, there aren’t any quality studies that show they’re effective specifically for chlamydia symptoms.

Diagnosis
When seeing a healthcare professional about chlamydia, they’ll likely ask about symptoms. If there are none, they may ask why you have concerns.
If symptoms are present, the healthcare professional may perform a physical exam. This lets them observe any discharge, sores, or unusual spots that may be related to a possible infection.
The most effective diagnostic test for chlamydia is to swab the vagina in women and to test urine in men. If there’s a chance the infection is in the anus or throat, these areas may be swabbed as well.
Results may take several days. The doctor’s office should call to discuss results. If the test returns positive, a follow-up appointment and treatment options will be discussed.
STI testing can be done in several ways.

Untreated Chlamydia
If a healthcare professional is seen as soon as chlamydia is suspected, the infection will likely clear up with no lasting problems.
However, people may experience serious medical issues if they wait too long to treat it.
Female complications of untreated chlamydia
Some women develop PID, an infection that can damage the uterus, cervix, and ovaries. PID is a painful disease that often requires hospital treatment.
Infertility is also possible if chlamydia is left untreated because the fallopian tubes may become scarred.
During pregnancy, the infection can pass to babies during birth, which can cause eye infections and pneumonia in newborns.

Male complications of untreated chlamydia
Men can also experience complications when chlamydia is left untreated. The epididymis — the tube that holds the testicles in place — may become inflamed, causing pain. This is known as epididymitis.
The infection can also spread to the prostate gland, causing a fever, painful intercourse, and discomfort in the lower back. Another possible complication is male chlamydial urethritis.
These are just some of the most common complications of untreated chlamydia, which is why it’s important to get medical attention right away. Most people who get treatment quickly have no long-term medical problems.

Chlamydia in eye
A chlamydia infection is most common in the genital area, but it can occur in less common places like the anus, throat, and the eyes. It can occur in the eyes through direct or indirect contact with the bacteria.
For example, the infection can go from the genitals to the eye if you touch your eye without washing your hands.
If you have a chlamydia eye infection, also known as chlamydial conjunctivitis, the following symptoms may occur:
Redness
Swelling
Itching
Irritation
Mucus or discharge
Sensitivity to light (photophobia)
If left untreated, chlamydia in the eye can lead to blindness. But it’s easily treated, and early treatment will help cure the infection and prevent complications.
Chlamydia in the eye may be confused with more common eye infections.