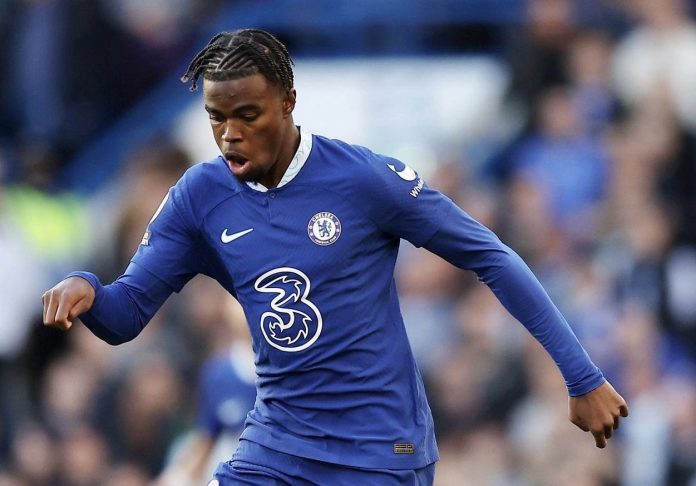 Carney Chukwuemeka is delighted after he made his first team debut for Premier League side Chelsea at the weekend as they registered a convincing 3-0 win over Wolverhampton Wanderers at Stamford Bridge.

With Chelsea having a comfortable two-goal advantage, manager Graham Potter brought on the England U20 international of Nigerian descent as a replacement for Conor Gallagher in the 86th minute.

The Blues pulled off a major transfer coup in the summer by landing Chukwuemeka, seeing off competition from the likes of Barcelona and AC Milan.

In his final months as an Aston Villa player, the Anglo-Nigerian threw his future up in the air by refusing to sign a new contract as he felt he was not getting enough first team opportunities.

Chukwuemeka has revealed three things Potter told him to do before stepping out on the pitch for a brief cameo against Wolves.

He said: “Before coming on Potter told me to express myself, to play how I have been in training and to play with a smile on myself. I think I did that so it was good.”

Chukwuemeka was a non-playing substitute in four matches before he was handed his debut by Potter.

It remains to be seen whether Potter will hand the 18-year-old his Champions League debut against AC Milan on Tuesday, October 11.

Chukwuemeka was on the pitch when academy product Armando Broja scored his first senior goal for Chelsea and celebrated with the Albania striker.

Touted as one of the most promising teenagers in English football, Chukwuemeka’s debut for Chelsea was inevitable after netting a brace in a behind closed doors friendly against Brighton & Hove before the international break.

The 18-year-old further enhanced his reputation by winning the Player of the Tournament at the Costa Càlida Supercup which took place in Spain from September 19 to 27, 2022.

Prior to his debut against Wolves, the former Aston Villa wonderkid started two games for Chelsea’s development squad while making the bench on four occasions for the first team.