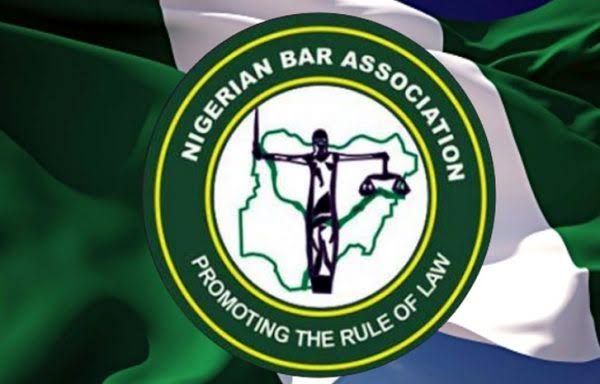 Some members of the National Executive Council of the NBA claimed to have suspended the General Secretary for whatever reason.

This case has thrown open the underbelly of legal practice in Nigeria, as this is what plays in virtually all courts between parties in most cases where judicial intervention is sought for one cause or the other.

Without mincing words, the NBA President no doubt failed the test of due process of law in the steps that he has taken pursuant to the suspension of the General Secretary.

The moment the President got to know of the pending Court case by the General Secretary and that an order of injunction was being sought against the suspension, he owed the court the sacred duty to keep matters on hold and stay further action on the said suspension, as a mark of respect and deference to the authority and integrity of the Court.

The Motto of the NBA is RULE OF LAW and it behoves the President to err on the said of the law, even if it involves sacrifices on his part.

This has been the stance of Mr. Olumide Akpata himself throughout his tenure in dealing with important national matters, for which many lawyers and lovers of the rule of law and due process have hailed him.

He should have upheld those ideals and principles for which he had sought to hold others accountable throughout his tenure.

To the extent that it was reported that the name of the General Secretary was deliberately omitted from the brochure and programmes of the Annual General Conference was pursuing unbridled pettiness on the part of the NBA Exco.

For the General Secretary being the plaintiff in the pending court matter, she is duty bound to display greater commitment to the due process of law, for even if the Court had directly ordered her reinstatement, she should still deploy the due process of law to pursue same and not to take the law into her own hands to seek to disrupt a Conference that had already commenced.

In sending emails to NBA members through her own personal email, whilst the court is yet to pronounce finally on her pending application for injunction, or even the substantive suit, she has unwittingly thrown the NBA into confusion and disrepute, which action was totally unnecessary in the circumstances of this case.

I appeal to all the parties to the suit to put themselves under restraint to follow the due process of law and not throw lawyers into public opprobrium and disrepute by their resort to self-help.

The NBA owes Nigeria the duty to lead by example and to use this case as a reference point of how lawyers and parties should conduct themselves in the course of prosecution of their causes in court.

I therefore call upon leaders of the Bar and all other stakeholders to intervene to get the parties in this case to abide by the known tenets of due process and the rule of law.

Should they continue in their selfish recourse to self-help, then the entire Exco should be disbanded totally so that we can save the reputation and image of the Nigerian Bar Association.