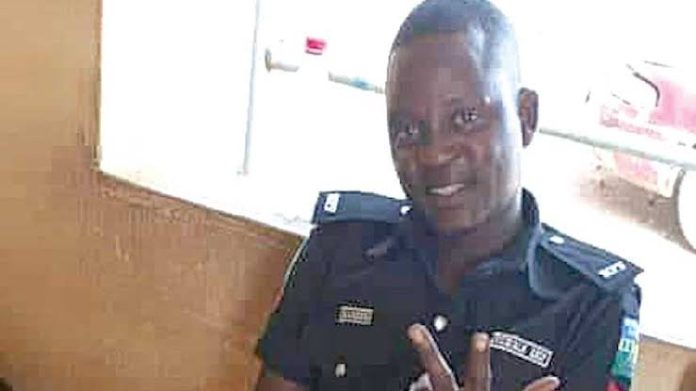 A coroner inquest set up by Osun State government to probe the alleged killing of a police corporal, Rauf Fawale, on Monday, rounded-off its sitting and ordered the Department of State Security in the state to release three of its operatives to the state police command for prosecution.

Three DSS operatives including David Olowoporoku, Bamidele Mustapha and Ajanaku Ibrahim were accused of beating Fawale on January 21, 2021, beside Riverside club, Oke-Fia area, Osogbo, which led to the death of the policeman four days after, around 12:15pm on January 25.

Delivering judgment on the inquest, Chief Magistrate Olusegun Ayilara, said the trio secret police officers have questions to answer on the death of Fawale, and ordered the DSS authority to release them to the police who have the constitutional right to investigate them.

The DSS, Osun State Command had refused to make the accused operatives available to police during investigation of the matter.

One of the police officers who investigated the matter, CSP Gabriel Oluwasesin, Officer in Charge of the Anti-Cultism Unit in the state, had informed the court that Olowoporoku, Mustapha and Ajanaku had taken Fawale, who was in mufti for a ‘Yahoo boy’ before beating him.

But Olowoporoku and his colleagues had denied the allegations. Olowoporoku’s counsel, J. P. Jones had informed the court that a police Inspector, Medinat Badmus, who reportedly arrested Olowoporoku at the scene, had signed the discharge of Fawale at the hospital against medical advice, arguing that such an act was responsible for the policeman’s death.

Ayilara said Badmus’ unilateral decision to apply for discharge of the deceased was an act of negligence, adding that she arrogated the power she didn’t possess to herself.

The Chief Magistrate said the three DSS operatives involved in circumstances that led to the death of the deceased should be investigated within two weeks from the day he delivered the judgement.

He said the report of their investigation should be submitted to the Department of Public Prosecution in the state for necessary action.

Ayilara said the deceased died of massive cerebral bleeding due to a severe head injury, which the pathologist from the Osun State University Teaching Hospital, Waheed Oluogun, had attested to during hearing.

He said: “David Olowoporoku, Bamidele Mustapha and Ajanaku Ibrahim were at the scene of the crime. They have questions to answer. This incident would have been avoided if not for the supremacy battle between security agencies. DSS didn’t release the affected staff to police.

The deceased didn’t die a natural death but due to violence. He died of massive cerebral hemorrhage due to severe trauma following skirmishes on 15th January, 2021 close to RiverSide Bar and Lounge, Osogbo.”

He said conclusive investigations were not carried out because of the rivalry between DSS and police in the state, adding that, “the case be reopened and all parties should be invited.

DSS shall release the trio of David Olowoporoku, Ajanaku Ibrahim, Bamidele Mustapha to the police for investigation within two weeks from today (Monday).

“The report of the police shall be submitted to the DPP on whether to charge and who to charge,” he added.