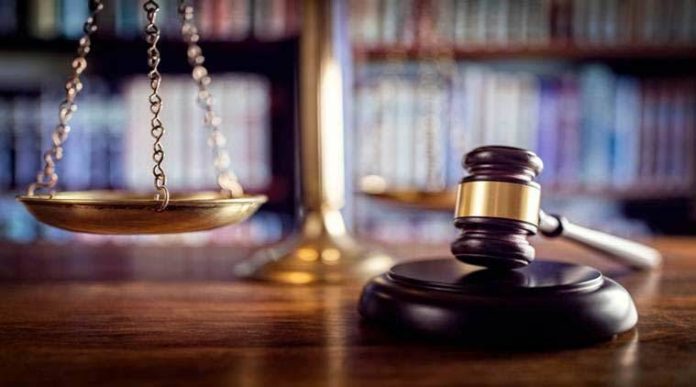 A 22-year-old-man, Adeosun Rasaq, has been remanded in Ilesa Correctional Centre, Osun State by an Osogbo Magistrate’s Court for allegedly stealing clothes.

Police prosecutor, Inspector Adeoye Kayode, told the court that the defendant, alongside others now at large, broke into a shop in llie, a town in Irepodun Local Government Area of the state and carted away some ready-made clothes.

It was gathered that Rasaq was later nabbed when the owner of the shop saw him putting on one of the allegedly stolen wears.

The charge brought against him read that you, Adeosun Rasaq and others now at large, on April 4, 2022 in Ilie, did conspire among yourselves and commit felony to wit shop breaking and stealing and thereby committed an offence contrary to and punishable under Section 516 of the Criminal Code, Cap 34, Volume II, Laws of Osun State, 2002.

“You did steal some ready-made clothes valued at N500,000 only from the property of one Sakariyahu Rasheed and thereby committed an offence contrary to Section 383 and punishable under Section 390(9) of the Criminal Code, Cap 34, Volume II, Laws of Osun State, 2002.”

The defendant had no legal representation. He pleaded guilty to the two counts of conspiracy and stealing.

Inspector Kayode urged the court to adjourn the case to another day to allow him present facts of the matter following which Magistrate A. A. Adeyeba adjourned the matter till June 15.

He ordered that Rasaq should be remanded in Ilesa Correctional Facility until the next court day.