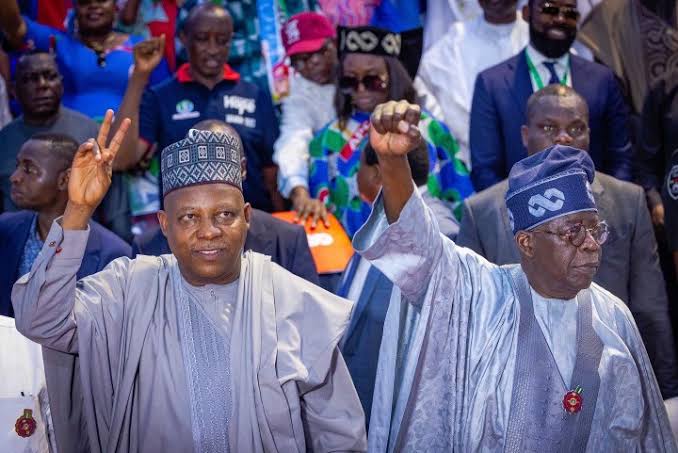 A Federal High Court in Abuja has dismissed a suit by the People’s Democratic Party seeking for the disqualification of the presidential candidate of All Progressives Congress, Bola Ahmed Tinubu, and his vice, Kassim Shettima, from the 2023 general elections.

Delivering judgment on Friday, Justice Inyang Ekwo, dismissed the suit on the ground that the PDP lacked locus standi to institute the suit.

Justice Ekwo, who held that the case was caught by the principle of issue estoppel, described the suit as an abuse of court process.

The PDP in its originating summons marked: FHC/ABJ/CS/1734/2022, had sued the Independent National Electoral Commission, APC, Tinubu and Shettima as 1st to 4th defendants respectively.

It argued that Shettima’s nomination to contest the position of vice president and Borno Central Senatorial seat contravened the law.

It further sought an order compelling INEC to remove their names from its list of nominated or sponsored candidates eligible to contest the poll.

But the defendants, in their preliminary objection filed by Lateef Fagbemi, SAN, and argued by Thomas Ojo, urged the court to dismiss the suit for want of jurisdiction.

They argued that the plaintiff (PDP) lacked the locus standi (legal right) to file the case, which invariably was challenging the political party’s decision and its nomination of candidates for the polls, submitting that such act was an internal affairs of APC which they argued was non-justiciable.

Delivering the judgment, Justice Ekwo agreed with the defendants that the PDP had no locus standi to file the matter, adding that, where there is no locus, the court has no jurisdiction.

Finding that the action as incompetent for lack of locus standi, Ekwo held that that matter bordered on the internal affairs of the APC in which the PDP lacked locus to file the case.

On argument about non-disclosure of cause of action against the respondents, the judge said that there was a nexus between locus standi and a cause of action.

He, therefore, said that since the PDP had no locus standi, it also did not have any cause of action against the defendants.

Justice Ekwo also agreed with the defendants that the suit was an abuse of court process.

“It is express in the provision of Section 29 (5) of the Electoral Act, 2022 that the right of action on the matter for which the applicant/respondent (PDP) has filed this action is given to ‘any aspirant who participated in the primaries of his political party,” he said.

The judge said that it had been established that the PDP was not an aspirant of the APC.

“Therefore, there is no iota of law which supports this action. It is on this ground that I find that this case is an abuse of process and I so hold,” he said.

Justice Ekwo, consequently, dismissed the suit for constituting an abuse of court process.