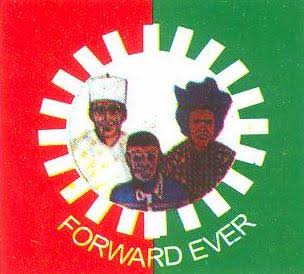 Crisis appears to have started brewing in the Enugu State chapter of Labour Party, as two governorship candidates emerged to lay claim to being the authentic candidate of the party.

The looming political war came to a head on Saturday as a former Peoples Democratic Party aspirant, Evarestus Nnaji was introduced as the governorship candidate of the LP, whereas another former PDP gubernatorial aspirant, Chijoke Edeoga, had already been elected as the LP flag bearer and still traversing the length and breadth of the state as the flag bearer.

The war blew open on Saturday at the Kobb Event Centre, ShopRite, Enugu where Nnaji organised a rally tagged, “Chariy Begins at Home.”

As soon as the master of ceremony mentioned Nnaji, Odengene as the gubernatorial candidate, some people rose up and started shouting that it was Edeoga that they knew and began to sing and dance, saying, “Edeoga we shall follow, whether he is going or whether he is returning, Edeoga, we shall follow.”

The din lasted for so long that the DJ had to put on music and hiked it to drown their voice and took quite some time before the pro-Edeoga left the stage.

Thereafter, another group rose up and started chanting Nnaji’s name, saying, “Odengene we shall follow…”

When Nnaji mounted the rostrum, he said that if the Edeoga supporters were confident of their position, they should not have fret.

“If they knew that they have a candidate, they should not panic,” he said saying that when he eventually secures the LP gubernatorial ticket, “you will see things in Enugu.

“The moment our ticket is confirmed, you will see things happening in Enugu,” he said.

Nnaji said he would go from ward to ward to ensure that Peter Obi emerged as the president of Nigeria with his group, “Charity Begins at Home.”