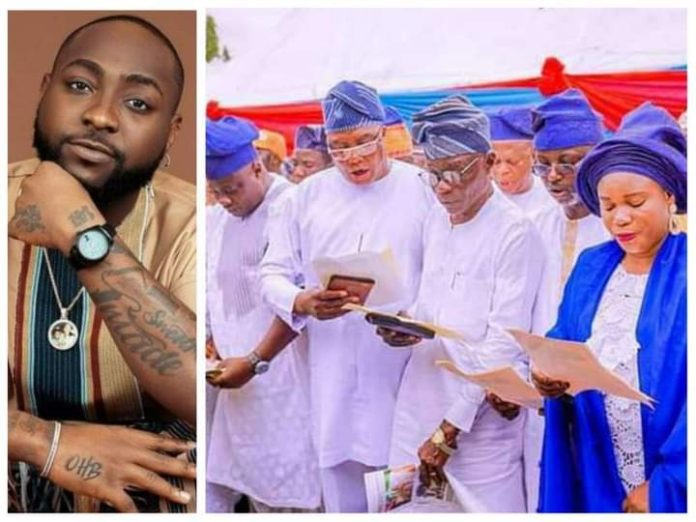 He said this on Monday while reacting to the video of the swearing in of the council bosses.

Local Government election held in Osun State on Saturday, which is barely one month to the expiration of the tenure of Governor Gboyega Oyetola.

Reacting to the swearing in on Twitter, Davido said, “One month chairman.”

Davido’s uncle, Ademola Adeleke and Osun Governor-elect will be inaugurated on November 27, 2022.