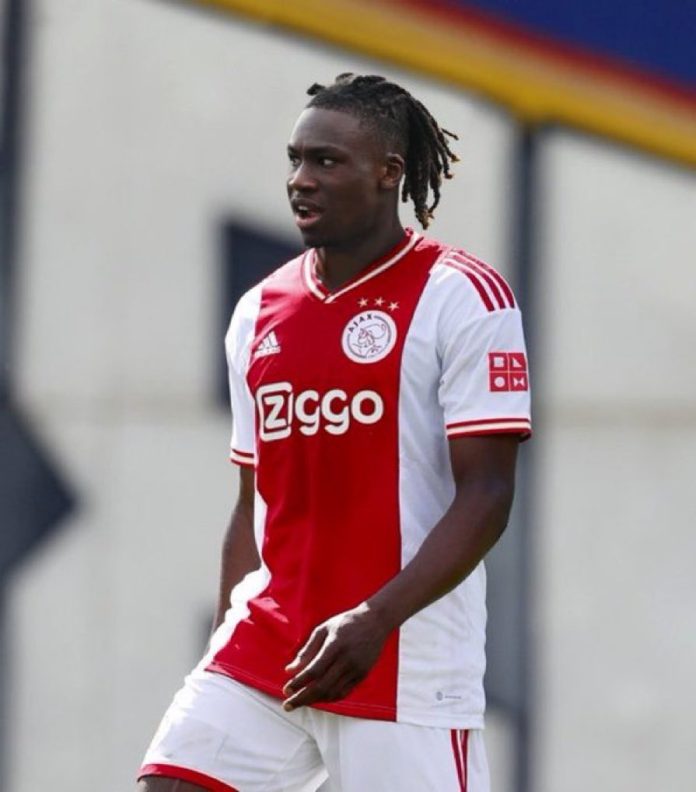 It was a debut to forget for former Rangers left-back and Nigerian international, Calvin Bassey as Dutch champions Ajax Amsterdam were beaten 5-3 by PSV Eindhoven in the Johan Cruyff Shield at the weekend.

The Nigeria international missed the friendly against Shakhtar Donetsk because he had not received a work permit from the Dutch authorities.

Wearing the number 33 at the back of his jersey, Bassey replaced Owen Wijndal in the 62nd minute and took the walk of shame sixteen minutes into his debut after he was shown a straight red card.
]
Bassey got the marching orders for a horror tackle on Ismael Saibari after a VAR review.

The 22-year-old made a late tackle and hit the former Morocco U20 international hard on the right ankle.

Referee Dennis Higler was called to the pitch side monitor and decided to send Bassey off after reviewing the images.

Seven minutes after the introduction of Bassey, PSV scored twice through Cody Gakpo and Guus Til to make it 4-2, Kudus pulled one back for the Amsterdam club, before Simons’ injury time strike restored PSV’s two-goal lead.

Bergwijn and Antony had earlier canceled out Til’s first half brace before Bassey entered the game as a substitute.

Meanwhile, Joe Aribo has expressed his happiness at opening his goalscoring account for Southampton, albeit in an unofficial game, as they suffered a 2-1 loss to Villarreal in their final pre-season fixture at the weekend.

Making his first start at the St Mary’s Stadium since completing his move to the Saints, the versatile midfielder endeared himself to the Southampton fans after netting a beauty in the 64th minute.

Aribo picked up possession inside his own half, embarked on an excellent solo run and went past four Villarreal players before slotting the ball past Pepe Reina in the 64th minute.

The number 7 thought he’d scored a second goal for Southampton when he headed in but was flagged offside.