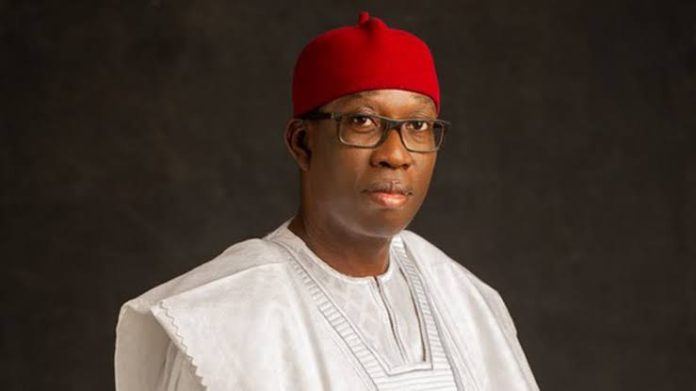 As part of deliberate measure aimed at extricating Deltans from poverty, Delta State Government, on Tuesday, said it would scale up the number of Artisans in its empowerment programme from 2,500 to 5,000 from the 2023 fiscal year.

Delta State Governor and the Vice Presidential Candidate of the Peoples Democratic Party (PDP), Senator Ifeanyi Okowa, made the pledge while speaking at the 2022 Empowerment Day for Delta State Chapter of the Artisans Association of Nigeria.

Okowa said the only way to grow the economy was for government at all levels, donor agencies and well meaning individuals to invest in the growth of Small and Medium Scale Enterprises (SMSEs).

He said he was glad with the input of Artisans in the economic emancipation of the nation and pledged to rally round them in turning the fortunes of their businesses into viable enterprises.

“I am truly very glad that today, we are witnessing another day for the Artisans in Delta State.

“When I did come for the programme last year, I was truly very excited that the Artisans in Delta have been able to form themselves into a great association.

“I thank the Chairman and the various leaders of the artisan groups in Delta for accepting to come together. Because in coming together, you are able to build yourselves together.

“And in coming together, you have strength. Today, you are gathered here yet again and it is still another exciting moment.

“This country can only grow when we are able to lift our people from poverty, to a place where they can find a space and say of a truth, we are standing and are able to take care of our families,” he said.

According to him, 2,500 Artisans have so far been empowered for year 2022, emphasising that the number was doubled for next year because of the determined effort of his administration to kick poverty and unemployment out of the state.

Governor Okowa, therefore, reminded youths and artisans on the need to be committed in their businesses and career so as to get to the zenith of their desired goals.

He said more Deltans would be lifted out of poverty in the remaining days of his administration, even as he sued for the sustained support of all Deltans in building a stronger Delta.

“We must learn to lift our people from the very micro level and cause them to grow gradually but steadily to a state where they can say they have defeated poverty and it is a gradual process.

“I am sure that we understand that we have to work hard to commit ourselves to that gradual process of building ourselves and families so that with time, all of us will collectively defeat poverty.

“We are going to double the Artisans that are being empowered by the state government from 2,500 to 5,000 Artisans for year 2023.

“I thank all of you who are involved in one legitimate business or the other. As a government, we will continue to encourage our people and be a responsible government to them.

In his remarks, the Chief Economic Adviser to the governor, Dr Kingsley Emu, said investing in artisans was a very viable project, pointing out that the Okowa led administration had created thousands of direct and indirect jobs in its empowerment programmes.

Dr. Emu disclosed that so many urban and rural communities have been connected with good network of roads and bridges which, he said, had culminated in the growth of businesses, just as he challenged artisans to maximise government’s empowerment programmes to grow their businesses.

Earlier, the State Chairman and National President of Artisans Association of Nigeria, Comrade Ifeanyi Abanum, said the event was to thank the governor for the empowerment of its members and assured him of their unalloyed support in his political aspiration in 2023 and beyond.

In another development, the Presidents General of various communities in Delta State had earlier met with the Secretary to the State Government (SSG), Patrick Ukah where they endorsed the Atiku/Okowa joint presidential ticket

Highlight of the event was the presentation of award of excellence in good governance to Governor Okowa by the association and other groups.