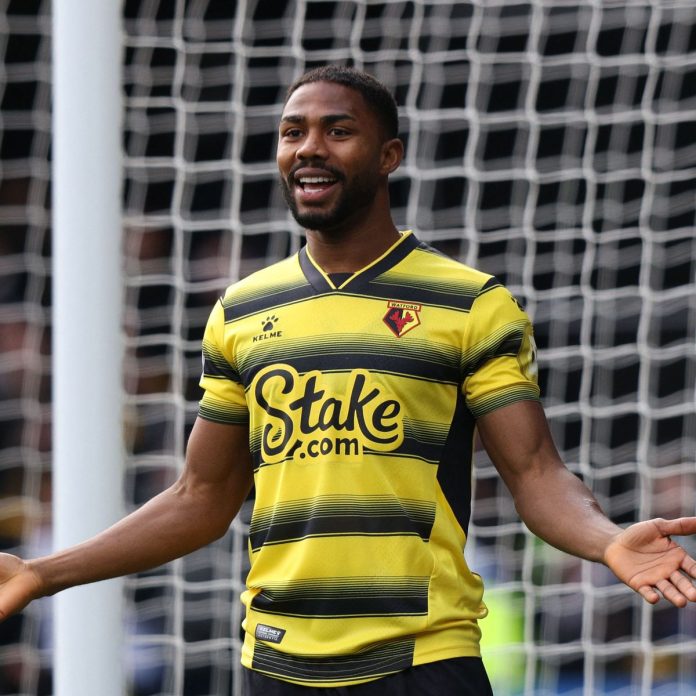 Super Eagles striker Emmanuel Dennis is being linked with a return to Watford in the January transfer window.

According to reports, Nottingham Forest have been presented with a potential opportunity to sign Watford winger Ismaila Sarr in a possible deal that could see Dennis head the other way.

Sarr was a key player for the Teranga Lions of Senegal in the 2022 World Cup, starting all their games in Qatar and was on the scoresheet in a 2-1 win over Ecuador in the group stage.

Dennis has been put on the transfer market by Nottingham Forest after a drop in form following his move to the City Ground last summer, scoring one goal in thirteen appearances across all competitions.

Forest’s 4-1 loss to Blackpool was only the fourth start made by the Nigeria international for the Reds.

Fifa’s rules forbid a player from appearing for three different clubs in a single season, meaning Dennis’ potential return to Vicarage Road looks the most realistic option for the 25-year-old.

Sarr is reportedly valued at an inflated £45m despite having 18 months left on his Watford contract, so any swap deal would not be easy to pull off without money changing hands.