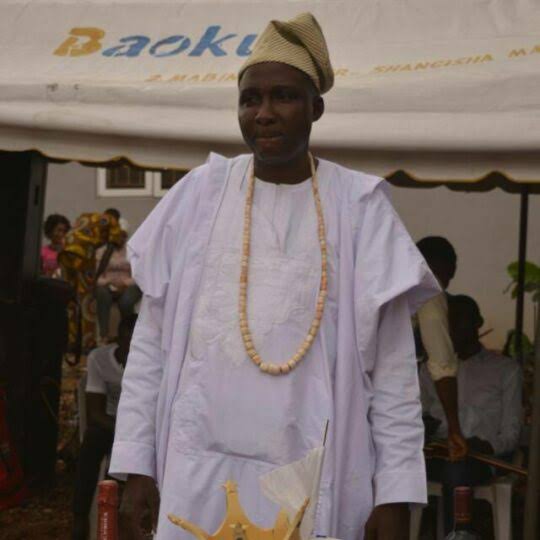 A Lagos High Court sitting in Ikeja has sentenced Mutiu Ogundare, the dethroned Baale of Shangisha in Magodo, Lagos State, to 15 years in prison for staging his own kidnap.

The presiding judge, Hakeem Oshodi, gave the judgement on Tuesday after convicting the dethroned monarch on a three-count charge bordering on breach of peace and fake kidnapping, along side his brother, Opeyemi Mohammed.

The wife of the dethroned monarch, Abolanle, was however set free after the court had earlier found her not guilty of the charges.

Ogundare’s defence counsel, Olarewaju Ajanaku, had on June 15, prayed the court to temper justice with mercy, as the convict is now a changed person, but didn’t think through his actions when he committed crime.

However, Jubril Kareem, the state prosecutor, disagreed, and asked the court to apply the provisions of law to sentence the convict.

The prosecution explained that Ogundare put himself forward to be kidnapped to cause a breach of public peace, adding that his brother and wife aided him in the crime.

Justice Oshodi in his judgement said, “I have considered the allocutus of the defence counsels. However, it is in the view of this court that the defendants showed no remorse during the trial.”

“In fact, the first defendant tried to buy his way out of the court. A lesson has to be thought to serve as a deterrent to others.

“The sentencing shall run concurrently from the day they had been arrested,” he ruled.

Ogundare was allegedly kidnapped on July 5, 2017, but later confessed to security operatives that the act was staged to blackmail the administration of Akinwunmi Ambode who later in the same month, ordered his removal as the Baale of Shangisha.