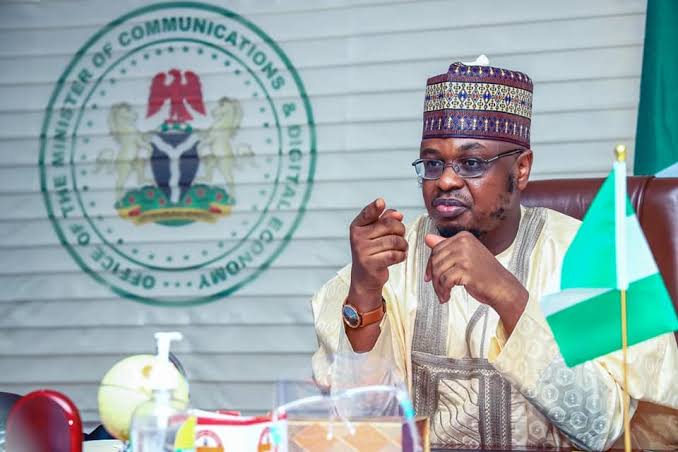 The Minister of Communications and Digital Economy, Isa Ali Ibrahim (Pantami), has predicted that Ogun State would emerge Nigeria’s Silicon Valley in the near future.

This potential, according to the Minister, is the adoption of Information and Communication Technology initiatives and its application in all sectors of the state economy.

Pantami gave this declaration when he and members of the Nigeria Computer Society paid a courtesy call on the Ogun State governor, Dapo Abiodun, in his office, on Monday.

The minister acknowledged the giant strides recorded by the incumbent administration particularly in its various initiatives in digital economy.

“I am happy because you are passionate about IT development in Nigeria. We are happy with what you have done with ICT, particularly the giant strides in the digital economy. We have been following the activities of Ogun State TechHuB and it is commendable.

“Ogun State has so many IT professionals. Your initiatives are attracting more investors and I hope the state will emerge the Silicone Valley of this country in the near future”, the Minister submitted.

He acknowledged the contributions of IT in raising the Gross Domestic Product of many economically viable countries, observing that Silicone Valley alone has higher GDP than Qatar and Luxembourg.

While urging the state government to continue to leverage and take advantage of Information Technology so as to continue to remain as a reference for other states, Pantami pledged the support of his ministry and that of the Nigeria Computer Society to the state.

In his remarks, the President, Nigeria Computer Society, Simeon Sodiya, said the visit was to intimate the governor of the society’s international conference, with the theme, “Smart, Secure and Sustainable Nation”, holding in Abeokuta, the state capital.

He lauded the state government for using IT to drive governance which he noted, could be seen in the areas of land administration, finance, ICT hub, job portal, among others.

Sodiya stated that with what members of the Society have seen in Ogun in terms of IT usage by the government to implement its programmes, the conference would afford the Society the opportunity to come up with ideas capable of engendering further development of the state.

In his response, Governor Abiodun said the state was doing well in the area of IT as learners certificate number, digital curriculum and infrastructure in the education sector are now done digitally.

The governor, who noted the place of IT in the changing world, said that his administration has put a mechanism and infrastructure in place to enhance the conducive environment for business, submitting “this could not have been created without the use of Information Technology”.

He disclosed that the idea for ‘The Governor’s Challenge’ which was introduced at the Ogun TechHub was to identify the best brains in ICT and also a platform to divert youths with IT knowledge from using it in a negative form.

“We are using IT in every sector of our economy. We used IT called OGunTeach to reach out to our children during the COVID-19 pandemic. We have used IT to put Adire in the global market; you can buy Adire anywhere in the world now. In the judiciary, there is Virtual Court sitting and e-registration. We are also working towards having internet facilities in all government offices in the state”, he submitted.

Abiodun, however, commended the NCS for choosing Ogun for its conference, charging them to come up with programmes that would make knowledge of the computer accessible to all Nigerians.