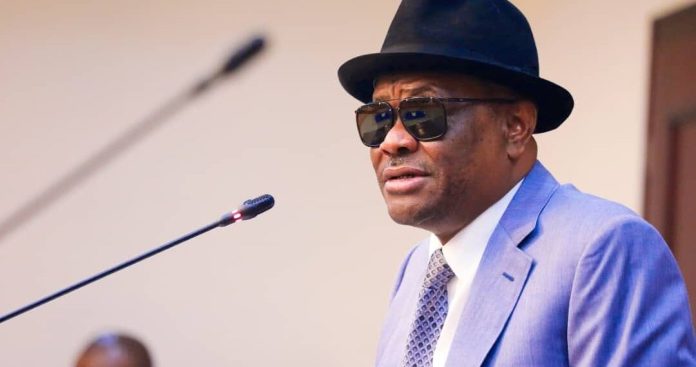 Rivers State Governor, Nyesom Wike, recently took the political space by storm when he announced an increment in the numbers of his newly appointed Special Assistants from 100,000 to 200,000 in early November. Never, in the almost 24 years of return to civil and democratic rule in Nigeria, has any executive governor, not even the president, made such audacious appointments.

In October, Governor Wike first announced the appointment of an initial 14,000 S.As. The number was then doubled to 28,000 the next day, and then to 50,000. All the three senatorial districts in the state got generous numbers of appointees from the governor. They were selected evenly from each of the political units across the 319 Wards in the 23 local government areas in the three senatorial districts of the state.

According to the governor during one of his recent media chats, the leaders of the ruling Peoples Democratic Party in Rivers State discussed and agreed that the number of appointees be increased. Part of their job, he explained, was to send in “honest feedback from the people at the grassroots to the state government.”

The governor stated that “They are to communicate the feelings of the people towards the Wike administration through the 319 Liaison Officers at the Ward levels, who will then report to the 32 State Constituency Liaison Officers for transmission to the office of the Governor.”

Speaking at the inauguration of the last batch of the 100,000 Special Assistants at the Adokiye Amiesimaka stadium, Governor Wike said the appointment was part of the “stomach infrastructure” he promised to execute alongside the physical infrastructure of his administration. He insisted that critics and opposition politicians need not lose sleep over the appointment as it was all part of the design to enable him to finish his tenure as governor of the state “very, very well”.

Their nomenclature, however, seems to imbue the new appointees with more than just playing the role of ‘sending honest feedback to the governor’. They christened Special Assistants on Political Unit Affairs. With that, every political unit now effectively has both the eyes, ears, hands and legs of Governor Wike across the oil rich southern state.

There were indications that the newly engaged 200,000 SAs would be paid a stipend of N30,000 monthly while the wage for the 359 Constituency and Local Government Area Liaison Officers stays at N50,000.

The financial implication is that from now till when he finishes ‘very, very well’ on May 29, 2023, the state will have to cope with an additional wage bill in the region of N42 billion. That shouldn’t be a problem given the fact that Rivers is an oil producing state and has many IOCs’ headquarters right there in Port Harcourt, the capital city. That alone guarantees a steady flow of IGR to offset the wage bill and other government expenses.

Expectedly, the appointments were greeted with a barrage of criticisms both from passive observers and in particular, the opposition All Progressives Congress together with other political pressure groups.

Rivers State APC chairman, Emeka Beke, called the appointments a show of “executive rascality,” contending that such an action could only have come from lack of reasonable ideas of what to do. Beke didn’t stop there; he alleged that it was a tacit way of buying the peoples votes ahead of the general elections in 2023. He considered the governor’s line of action as a wasteful spending of the people’s money in the oil rich state.

“Don’t forget that they are SAs on Political Units Affairs. What it means is that Governor Wike is about to ‘lockdown the state’, if you understand what I mean. He is building a political empire, specifically for the 2023 general election”

“I think the Governor is confused right now. He does not know what to do again. The governor is just displaying executive rascality.

“Let me be clear, this is just a way of repackaging vote-buying. It is a way he wants to use to buy votes. You will also find out that Rivers State is one of the states that want to pay salary by hand. It is pure recklessness for the governor to use taxpayers’ money to buy votes and we will resist every of these attempts.”

Rivers APC spokesman, Darlington Nwauju,described the development as “a confirmation of the rate of joblessness in the state as documented by the National Bureau of Statistics, NBS. This is an indictment on the outgoing administration,” adding, “That the Government of the day wakes up and announces it is appointing 50,000 persons as SAs on Political Unit, blowing up that figure to 200,000 within a week, aside 319 liaison officers and 40 LGA liaison officers, only goes to confirm the widely publicized state of astronomical unemployment in the state and exposes the absence of vision of the past seven years since government has failed to create opportunities to meaningfully engage the army of unemployed persons in the state. Where in the budget for 2022 are their stipends or salaries captured?”

Unfazed, Governor Wike stoutly defended his action. He said, “My mail box almost crashed. People are sending text messages saying ‘why are you leaving us alone, the job is too much. This number cannot do the work’.

“Therefore, a lot of Rivers people are volunteering to be part of this work. And I can announce to you today, we have increased the number from 100,000 to 200,000.”

A chieftain of the PDP in the state, confided in The Point on condition of anonymity that it was all a political move and has very little to do with economic consideration for those who have been engaged or penciled down to be engaged.

“Forget what you are reading or told by officials of the government. This is political. We all know it.

When the governor directed all political leaders of the various local government areas to go back to their bases and search out trustworthy folks they consider can help Rivers retain its prime position in the comity of states, what did you think he had in mind?

‘Don’t forget that they are SAs on Political Units Affairs. What it means is that Governor Wike is about to ‘lockdown the state’, if you understand what I mean. He is building a political empire, specifically for the 2023 general election. He is not contesting for anything right now. But he has a governorship candidate that has facilitated his emergence. He knows not all the leaders of the party are for him and many are against him for his stance on the Atiku/Ayu issue. So, he needs a formidable structure with which he can deliver the state to whoever he wants. But be rest assured, after the elections in March, which will be the end of these appointees. Of course we know that all political appointments end with the person whoever authorized the appointments. So, as Wike will be leaving, all these people will also leave. But the after effect is what we all should worry about.”

The party chieftain also noted that recent developments in the state chapter of the PDP may make it difficult for all party faithful to work honestly for the party. And it is perhaps for that reason that the governor made the timely decision to flood the spaces that could be empty with nobody to man them during the election early to avoid regrets.

“What many do not know also is the fact that there is a whole lot of discontentment within the party.

Imagine the State House of Assembly humiliating a man of the stature of Celestine Omehia. That is not all, many of the elders are not happy. So to avoid any regrettable development on the day of election, you can now see that it is a kind of proactive move to ensure no space is left unoccupied.”

He told The Point that the governor has not broken any known law, and nobody can sue him for the actions he has taken as a governor on behalf of the state.

“Lets be clear on this, the governor has not broken any law to my knowledge. He has the right to appoint, especially indigenes of the state to vacant positions. The only qualm as far as I am concerned is the morality behind the appointment. But then, in politics, morality counts for little.”