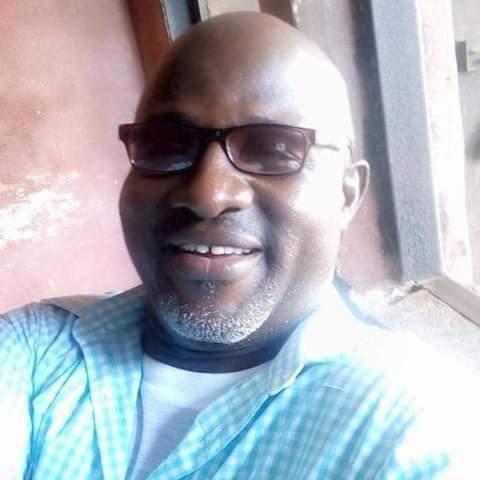 Emmanuel Onwe, father of a student who was forced to drink poisoned garri by a senior student at Government Secondary School, Afikpo in Afikpo North Local Government Area of Ebonyi State, has raised the alarm over alleged attempts by the state government and its organs to intimidate him to back out from pursuing the matter in court.

Onwe, a Public Relations Officer at the Ministry of Works and Transportation in the state, said that the state Ministry of Education and the management of the affected school had been mounting pressure on him to hands-off the matter.

The distrust father decided to drag Ihidieberer Iroh, an SS2 student of the school to court for reportedly forcing his son, Fruitful Onwe, a junior student to consume garri mixed with bleaching liquid at the hostel sometimes in May.

Fruitful was said to have been rushed to the hospital in order to get the poison flushed out from his system.

His father, in an interview with The Point, expressed his resolve to prosecute the matter in court despite the pressure being mounted on him from various quarters.

He said, “I want to charge the matter of attempted murder of my son to court for redress but the Ministry of Education, the Secondary School Education Board, the management of Government Secondary School Afikpo have been mounting pressure on me. They are persuading me against my wish.

“I am in the employ of the state government. The Commissioner said that I should drop the case, and that taking the matter to court would paint the state in a bad light. That is injustice to my son. If not for God, he would have died because of the wickedness of a senior student.

“Funny enough, those forcing me to drop the move to prosecute the boy thought it right to pay my son’s hospital bill which is almost N400, 000.

“Government should curb the use of intimidation, introduction of corporal punishment and other bad behaviours by senior students against their junior counterparts at schools. How can a student think of preparing garri with hypo and use my son for experiment? I want justice for my son. However, I am still consulting.

“I received a phone call from the principal telling me that my son was admitted in the hospital. Furiously, I asked him what happened, and he told me that a senior student administered poisonous garri on my son and he became sick.

“I immediately travelled to Afikpo and met the principal. He delegated a male teacher who took me to Afikpo Medical Centre where my son was receiving treatment. There, I met the Vice Principal and another woman. The three of them led me to where my son was.

“My heart was so grieved by the sight of my child lying critically ill on the hospital bed, not being able to even walk but I managed to control myself. The child who administered the poisonous garri was also there.

“When I asked my son what happened, he gave the narration before the teachers. He said that on Wednesday, June 18, 2022 while he was alone outside the hostel doing manual labour, the senior student who was also the Hostel Captain came to him and asked him whether he would drink garri, and he said no. But the senior student told him to shut up and take what he has given him and drink immediately.

“My son, again, summoned courage and told him (the senior student) that he was afraid because he had never given him anything in the past. The senior student then insisted that he must drink the poisoned garri and warned my son not to repeat the statement. Out of fear, being a JSS1 student, he succumbed to the intimidation and began to drink.

“When my son noticed that the taste was bad, he told the senior student that it had the taste of bleach, but he told him to shut up. At that point, my son refused to take more of the poisoned garri against the senior student’s persuasion. He then took it from him and entered the hostel.

“After about 30 minutes, my son began to have stomach upset and pain in the throat. He quickly went to the senior student and told him his experience. The senior student then gave him palm oil to drink and warned him not to mention what happened to anybody. That means he knew what he was doing very well. He just wanted to kill my son.

“Unfortunately, the problem persisted until the next night when my son became very weak and could no longer breathe well. The senior student made arrangement to smuggle him out of the school and send him home. He warned my son not to mention what happened to anyone including me and my wife when he gets home.

“Early in the morning, while the senior student with the help of other two senior students was carrying my son on the back to sneak him out of school, some teachers took notice of what was going on and intercepted them. The senior student and his friends maintained that nothing was wrong with my son but the evidence was already there as my son could not stand on his feet and was as well afraid to open up.

“They maintained their position until, out of stiff interrogation by the teachers, another student who had the knowledge of what transpired came and revealed it to the teachers who then rushed my son to the hospital.

“Currently, the boy (Chidiebere) has been expelled from the school, but is that enough for a case of attempted murder? The issue now is that some people are bent on reversing the culprit’s expulsion from the school since my child didn’t die. So, I want to take legal action on the matter.”

In an interview, the principal of the school, Ogbonnia Nwachi, stated that “The status of the case as at today, September 12, 2022, is that the Secondary Education Board, Abakaliki and the Ministry of Education, have ruled that the culprit remains expelled.

“Nobody is putting pressure for him to be returned. The two institutions have resolved that the boy remains expelled.”

The Chairman of SEB, David Egbu, who explained that the matter was not before his Board, called on the two families to make peace.

The father of the alleged student, Tony Iroh, who expressed remorse over his son’s action, advised students to focus on their education and shun bullying.