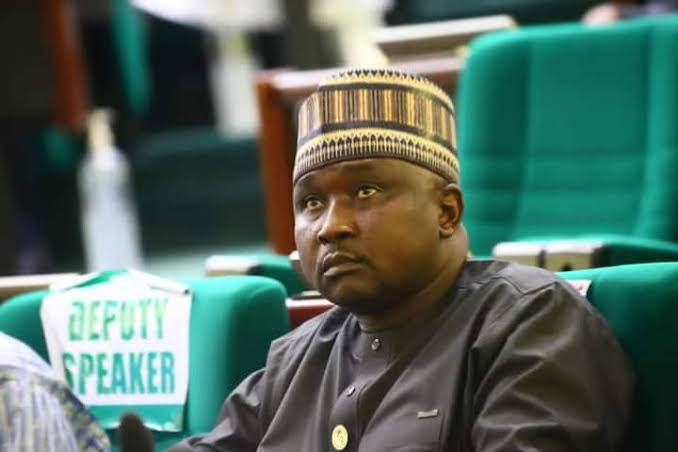 House of Reps Majority Leader and chieftain of All Progressives Congress, Ado Doguwa, has described a recent controversial remark he made in a viral video as not a threat but merely to “ginger” the audience and that such remarks are to be expected as part of “electioneering shenanigans and brouhaha”

Doguwa, while addressing members of his constituents has declared that “To God who made me, on election day, you must vote for APC or we deal with you,” mainly in Hausa.

The statement which had attracted wide condemnation as a potential threat to peaceful elections, was clarified on Tuesday by the lawmaker on national television, saying his intention was to motivate supporters, not intimidate them.

“That is not a threat. I would never threaten our electorate. What you don’t know about Kano State (is that) Kano State is one very special political space. We have our special semantics in politics.

“We have the shenanigans we use during electioneering campaigns. Kano State is an aggressive state in terms of politics of ideology. In Kano State, we have our own way or approaches when it comes to campaigns. You must employ and use what will ginger your people,” he said.

Describing the controversial comments as mere “political semantics” and “rhetoric,” the lawmaker argued that “sloganeering” cannot be stopped in Kano politics.

“We have inherited this from time immemorial. Asking people to vote for APC or we deal with them simply means – like what you can call shenanigans, political brouhaha which we make simply to ‘ginger’ our supporters, to let them feel that we are on the ground and we will get it right.

“I never meant to intimidate, I never meant to threaten any of my voters. I’m a reasonable person. I have been in election processes for the past 32 years and I’ve never used threats or intimidation to win my elections.