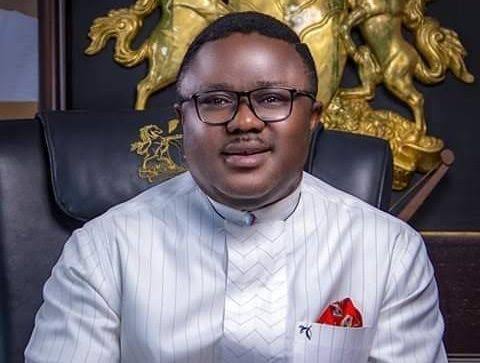 The Miners Association of Nigeria (MAN) has faulted the intention of the Governor Ben Ayade-led government of Cross River State to ban exploration and mining activities in the State with effect from 6th October, 2022, stating that any attempt to use state apparatus to impose the ‘unconstitutional measure’ could worsen the already tense security in the country.

It could be recalled that the government of Cross River State had released a circular with reference number SSG/SSO/430/S.1/VOL.11/419 dated 27th September, 2022 to say that exploration and mining activities would be banned in the State with effect from 6th October.

Stressing the security implication of implementing the proposed ban, the association said ‘Any attempt to overtly or covertly deploy state apparatus to circumvent the constitution and all federal laws may not only breed anarchy, it might also boost the current spate of national insecurity.’

Further prevailing on the Governor Ben Ayade administration to rescind the decision, the Association explained that ‘apart from the fact that no State government has the constitutional power to do so, the allegation of inherent economic sabotage, fraud and violation of certain provisions of the Local Content Act on which the intention is based, is false and misleading.’

In a statement signed by Musa Muhammad and Dele Ayanleke, President and National Secretary of MAN respectively, the umbrella association of miners further said, ‘We hereby state that the Miners Association of Nigeria recognizes the roles of all tiers of government in the management of national resources for the good of the nation and her citizenry, and we make bold to assert that, in the case of mineral resources (both liquid and solid), the Constitution of The Federal Republic of Nigeria and all extant federal statutory documents place the administrative and regulatory authorities and oversight under the exclusive purview of the Federal Government and her agencies,” adding that the roles of the lower levels of government have to be collaborative, supportive and subordinate.

Discussing the validity of claims contained in the circular, the Miners Association said “The said circular purports to place an outright embargo and/or ban on all quarrying, exploration and mining activities; an intention emanating from the State Executive Council and supposedly based on blanket allegation of inherent economic sabotage, fraud and violation of certain provisions of the Local Content Act.”

The Association explained that in order to give effect to the supportive roles of State and Local Governments in the administration of mining-related issues, the Nigerian Minerals and Mining Act (NMMA 2007) and the Mining Regulations of 2011 have made enough provisions, which are complemented with regular policies by the Ministry of Mines and Steel Development (MMSD), for the participation of all tiers of government to avoid regulatory frictions.

Discussing some of the policies, the association explained that “the establishment of Zonal/Federal Mines Offices in each State of the Federation and FCT under the supervision of competent officers to represent the Minister and attend to all operational and regulatory challenges in respective states” as well as “the composition of Mineral Resources and Environmental Management Committees (MIREMCO) in every state and the FCT.”

MAN further explained that the MIREMCO Committees have the responsibility to advise the Federal Government on the resolution of any conflict arising from mining operations in their respective state, adding that the chairman and members of the Committees are appointees of the State Government.
MAN further explained that the statutory provision of 13% derivation of mining revenue accruals from each state, as it is the case in oil and gas sector, is for the benefit of the State and Local Governments.

While saying that the statutory provision of Community Development Agreement (CDA) between mining operators and the land owner/occupier is a means of compensation for the host communities to benefit from the resources being exploited from their land, the association added that the Annual Nigeria Mining and Mineral Resources Development Council (NMMRDC) is another platform for robust conversations among the Federal, State and Local Governments with other stakeholders, to initiate, develop and review policies in the overall interest of the nation, her component parts and the citizenry.

“It is the candid view of the Association that the above narration provides adequate counsels and platforms for State and Local Governments to address arising challenges from the mining operations taking place within their territories,” the statement said.

It added that “It is on this note that we make patriotic appeal to the Government of Cross River State and her relevant agencies to rescind the decision to ban mining activities in the state and explore any of the channels mentioned above to address perceived infractions in the mineral exploration and exploitation activities in the State.”

MAN insisted that “As the umbrella body of operators in the Solid Minerals Sector of the national economy, the Miners Association of Nigeria is always at hand to give responsible advice and engage with all tiers of government in collaborative dialogue and engagements in order to mitigate the effects of any frictions and ensure harmonious relationship in the overall interest of the national economy, peace and welfare of her citizens,” the statement added.