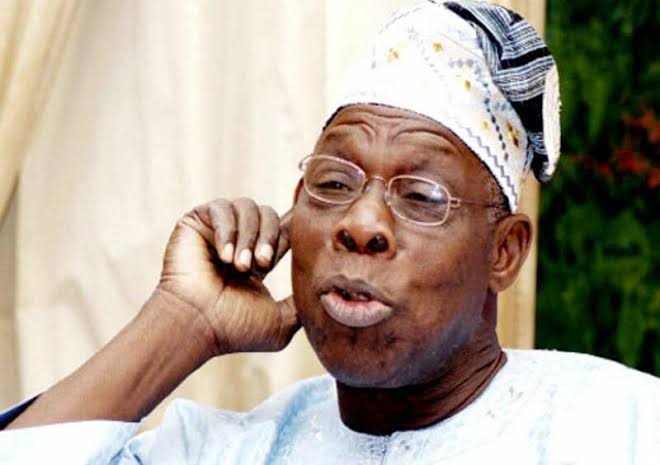 Ahead of the 2023 general elections, former President, Olusegun Obasanjo, has tasked religious leaders in the country not to allow politicians with no fear of God to wreck Nigeria. He argued that should that happen, the whole country would regret it.

Obasanjo handed down the charge when the new President of the Christian Association of Nigeria, His Eminence, Most Reverend Daniel Okoh, paid him a courtesy visit at his Olusegun Obasanjo Presidential Library Penthouse residence in Abeokuta.

His Special Assistant on Media, Kehinde Akinyemi, indicated in a statement that the former President noted that Nigerian politicians could be made more responsible by the country’s religious leaders.

Obasanjo who commended the CAN President for his glowing remark on him said the Sultan of Sokoto had spoken about Okoh to him about his personality, “and, I must say, I am impressed. With you and Sultan (who is already singing your praises) you can both make a turn-around; you can work together,” Obasanjo was quoted to have said.

“And in the next election, if we do not watch it, it may make or break Nigeria. And I pray that it will make Nigeria.”

The visiting religious leader had earlier commended the former President for his role in turning around the Christian faith in the country, asserting that he has made valid contributions to Christianity in Nigeria.

According to him, “in 1976, he started with the establishment of this association, the CAN and in September 1999, he formed the Inter-Religious Faith Council 1999. In the political sector, you set up the National Political Reform Conference, to which I am privileged to be a delegate, representing the Christian faith. These were the few I could remember as I was planning for this visit.

“Baba, you have played important roles in the political history of Nigeria and Africa, particularly your current role in the Horn of Africa, where the task is to ensure peace in the region. These are, no doubt, valid contributions to Christianity.”

On Obasanjo’s request, Okoh hinted that it was among the resolutions reached at the Inter-Religious Council meeting held in Lagos recently.

He said the Council had resolved “not to leave the political space to the politicians, that the religious leaders must get involved, not to be partisan, but, must give leadership to make sure that the values of our religion are brought to the space to help us to live in peace and work for the unity of the nation, including fighting for justice. We are committed to the call Baba made.”

The CAN President said he was excited by the visit, “and I can see it, that it is coming from his heart. He has the passion and definitely, we are not going to take it for granted,” Okoh said.