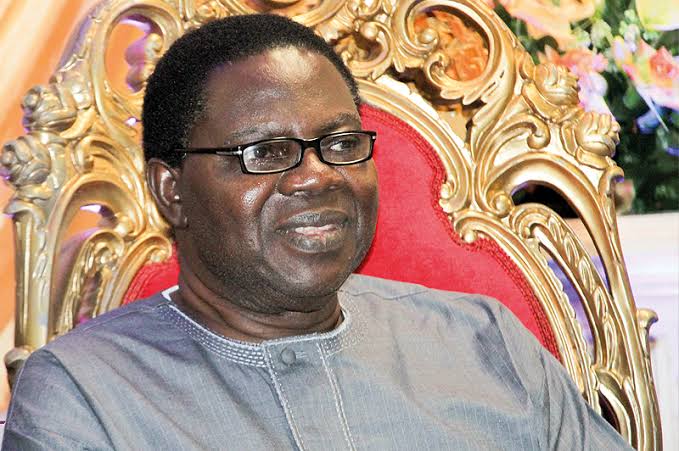 Music icon, Ebenezer Obe-Fabiyi, has inaugurated his Freedom from Alcoholism and Drug Addiction Ministry to fight against alcoholism and drug addiction in youths.

The establishment of the ministry is part of the outcomes of the passing of Obe-Fabiyi’s 48-year-old son, Olayinka, who died of alcohol-related illness on July 28.

These were made known in Ibadan on Tuesday by his General Manager, Tunji Odunmbaku.

He stated that the legendary musician and evangelist decided that beginning from September, FADAM would hold five minutes prayers every morning as intercession for alcohol and drugs victims.

Prayers would also be said for families of the victims, he added.

“I believe so much in the efficacy of prayers because with God, all things are possible. I, therefore, look forward to the people who will join us in this great commission.

“Now that Yinka has gone to rest and our moment of grief has subsided, l am rededicating the rest of my life to the work of God Almighty and to service to humanity.

“No matter where you are or your location, be part of this five minutes prayer intercession every day as we are people of different languages all over the world,’’ Odunmbaku quoted Obe-Fabiyi as saying.

“While it is very painful that we lost Yinka to alcoholism, the Holy Spirit led me to turn the pain into the FADAM initiative.

“Though Yinka was not into drugs, we must accept the fact that either alcoholism or drugs bring the same pain, sadness, and shame to parents of victims.

“FADAM initiative was established to address all these. It is aimed at converting adversity into societal solutions,’’ Obe-Fabiyi was quoted as saying.

He said also that some parents of alcohol and drug abuse victims had inquired if FADAM had rehabilitation facilities to which they could send their children, but unfortunately there was none.

He added, however, that during his condolence visit, Stephen Akintayo, Managing Director and Chief Executive Officer of G-Text Homes donated an acre of land to FADAM to build a rehabilitation facility.

“The donation of the one acre of land is an answered prayer for the building of a rehabilitation centre as many people have suggested the setting up of such facility.

“The rehabilitation centre will run as an NGO. The NGO will begin soon to have psychiatric doctors and other professionals that will assist in the rehabilitation process,’’ Obe-Fabiyi said.

He expressed appreciation of well-meaning Nigerians and fans across the globe that sympathised with him over the passage of Olayinka.

He also appreciated celebrities, colleague musicians, notable clerics, corporate bodies and several other well-meaning Nigerians who identified with him over the unfortunate incident.

“I can’t thank everyone enough for the outpouring of love, concern, and support. It was indeed overwhelming.

“I thank you all once again, and I pray that God will grant peace to all grieving parents and victims of alcoholism as well as drug addiction all over the world,’’ he said. (NAN)