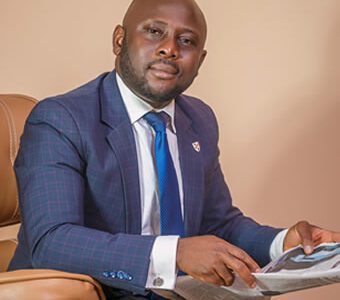 Silas Onu, a member of the People’s Democratic Party has appealed the decision of the Court of Appeal that sacked him as the Ebonyi State Chairman of the party.

The appellate court in its decision had restored Tochukwu Okorie as the substantive chairman of the party in the state, hence Onu’s decision to head to the Supreme Court for redress.

Onu, a former spokesperson of the party, in the notice of appeal, has raised two grounds for appeal.

He had contested for the chairmanship position with Okorie in an election held on October 16, 2021.

While Okorie polled 1,240 votes, Onu scored 260 votes in the election.

Dissatisfied, Onu filed a suit challenging the process and listed the PDP and Okorie as first and second defendants, respectively.

Onu had prayed the court to rule whether or not Okorie was qualified to contest in the October 16 election even after he did not submit his nomination form within the stipulated deadline.

The Federal High Court in Abuja agreed with him and sacked Okorie as the chairman.

Delivering the ruling in the suit on April 13, 2021, Justice Ahmed Mohammed, the presiding judge, held that Okorie was not validly nominated to contest the election having submitted his nomination form on October 4, 2021, days after the October 1, 2021 deadline.

“It is the opinion of this court that the second defendant (Okorie) was indolent in submitting his nomination form as provided in the guidelines issued by the PDP.

“Despite this failure, he was still returned and declared elected. He cannot be allowed to benefit from his wrongdoing,” the Judge held.

Consequently, the Judge also directed the party to issue a certificate of return to Onu, declaring him as the duly elected chairman of PDP, Ebonyi chapter.

But Okorie appealed the decision at the Appeal Court arguing that the matter was an internal matter which the lower court should not have entertained in the first place.

The Court of Appeal, Abuja Division on August 15 agreed with him as it nullified and set aside the judgment of the lower court of April 13, 2022.

It therefore sacked Onu as Chairman and restored Okorie as substantive Chairman of the party in the state.

In a unanimous decision, the three-man panel of Justices held that the trial court erred when it assumed jurisdiction to hear the matter being an internal affair of the party.

Onu in count one is arguing that the Court of Appeal erred in law when it assumed jurisdiction over the appeal before it and determined the same.

According to him, the notice of Appeal which commenced the appeal at the appellate Court was a joint Notice of Appeal filed on 22 April 2022 by the PDP as the 1st Appellant and the instant Respondent, as the 2nd Appellant therein.

“In the course of the Appeal, the People’s Democratic Party accepted the judgment of the trial Court and elected to discontinue its appeal.

“The Respondent filed a new Notice of Appeal dated 4 July 2022 removing the People’s Democratic Party, who is a party directly affected by the appeal, from the proceeding”, he said.

Onu insists that the discontinuance of the appeal by the People’s Democratic Party renders the Joint Notice of Appeal incompetent, and cannot be amended thereafter

“The removal of the People’s Democratic Party as a party to the appeal altered the original parties to the appeal which is a re-hearing of the proceedings at the trial Court.

“The lower Court ought to strike out the appeal as it lacked the jurisdiction to make any further Order therefrom as the Notice of Appeal became fundamentally defective and incompetent.

“The Respondent, in pursuing an appeal has to file his appeal and make the People’s Democratic Party a Respondent in the appeal, since it was a necessary party at the trial Court.

“The Respondent’s Notice of Appeal filed on 04 July 2022 and upon which the appeal was heard and determined, is incompetent.

On ground two, Onu thinks that the Court of Appeal erred in law and, thus, arrived at a wrong decision when it held that the matter being an internal affair of the party the trial court should not have entertained it.

He opined that the case before the trial Court borders on a complaint about the non-adherence to the guidelines for the conduct of congresses made by the PDP under its Constitution, and such, is justiciable.

He further opined that political parties are bound by law to obey and respect their constitutions, and guidelines made under it.

“It is trite law, as expounded by the Supreme Court in AGI v. PDP & ORS [2016] LPELR-42518(SC) that a Court will interfere in the affairs of a political party where the party “has violated its constitutional provisions.”

“The trial court established and exercised its jurisdiction upon ascertaining that the complaint was strictly about the non-adherence by the People’s Democratic Party to the provisions of its guidelines, which were made under its Constitution.

“It is also trite that where there is a violation of a right, there must be a remedy. The decision of the Court below has occasioned a miscarriage of justice”, he added.

Onu is therefore urging the apex court to grant an order allowing his appeal.

He is also seeking an order setting aside the decision of the Court of Appeal entered on August 15, 2022.

Onu further prayed to the court for an order restoring the decision of the trial Court delivered on April 13, 2022 which declared him as the authentic chairman of the party in the state.

The PDP has become factionalized in the lead-up to the primaries of the party with Onu leading one faction while Okorie leads the other faction.

As a result, two governorship candidates emerged from the primaries of the party.

Both candidates are presently in court fighting to be declared the authentic candidate of the party for the 2023 governorship election.