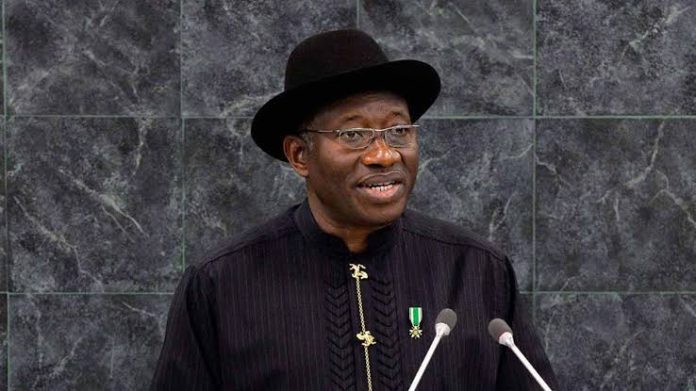 The Ebonyi State Government has declared its readiness to honour former President Goodluck Jonathan, late General Sani Abacha ,former Secretary to Government of the federation Anyim Pius Anyim, among other Nigerians for their laudable contributions to nation building.

The State Governor, David Umahi, made this known during a special thanksgiving service to mark the end of the year 2022 at the Christian Ecumenical Centre, Abakaliki.

Speaking during the service, Governor Umahi, appreciated God for all His goodness towards the State from the inception of his administration.

He said, the state government in tune with the spirit of appreciation, would be honouring the late General Sani Abacha for his wisdom in creating the state.

He added that the state government would also, in the event slated for Thursday this week, honour former President GoodLuck Jonathan and the former Secretary to the government of the Federation, Anyim Pius Anyim, among others, for their various contributions to justice and development of the state.

“Many national figures will grace the state within the week. We would be honouring the family of the late General Sani Abacha, for creating the state which we are enjoying today, his son will be here to receive the award.”

Governor Umahi, while appreciating the contributions of civil servants in the state, promised them better days ahead, and solicited their support for his governorship candidate, Francis Nwifuru, and all other APC candidates in the 2023 general elections.

Umahi said “I plead with you to please give support to Mr. Speaker and all our candidates.
Speaker is also on the platform of the Divine Mandate, so it is still the same Divine Mandate administration. I will still do something for you; there is an exit package for you, and it is not a matter of party. It is a matter of Ebonyi people.”

The Governor further announced the approval of the sum of N5 million as educational scholarship for a boy with amputated leg and directed the Christian Association of Nigeria to supervise the implementation.

The Governor unveiled his plans to decongest the Correctional Centres in the state by January 2023 through a jail delivery function.

He directed the State Attorney General and Commissioner for Justice, Cletus Ofoke and other relevant bodies to begin the processes to ensure a seamless exercise.

Governor Umahi reiterated his determination to complete all ongoing projects before bowing out of office and reinforced his resolve to ensure that flight operations take off at the Ebonyi Airport by January 2023.

The Governor seized the opportunity to appreciate the founding fathers of the state, the elders and the Clergy for their various contributions to the the development of the state.