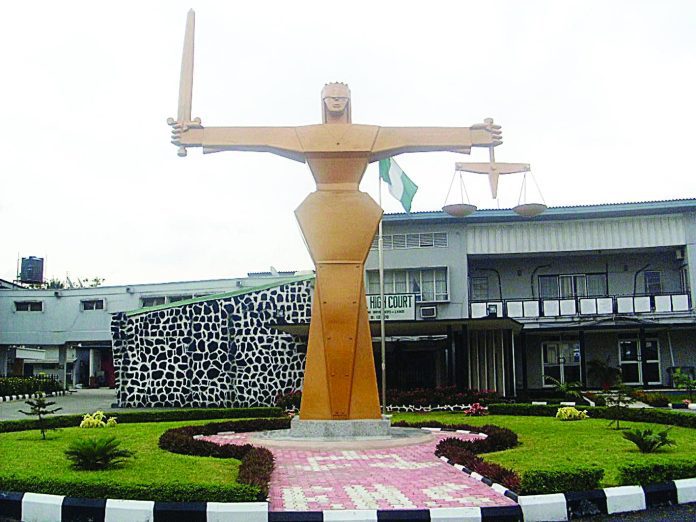 Shortly after he was sworn-in by President Muhammadu Buhari as the substantive Chief Justice of Nigeria, Justice Olukayode Ariwoola, on Wednesday told Nigerians, especially the political class, to allow the judiciary to perform its duties without unnecessary pressure.

Speaking to State House correspondents after the swearing-in, Justice Ariwoola appealed to politicians in the country to allow the judiciary to function, reminding them that the law is not static.

“We shall continue to do justice if only Nigerians will allow us to perform and function without any pressure,” he promised.

Throughout the modern world, there is a developing trend of dissatisfaction with the perceived politicisation of the judiciary.

Therefore, new efforts are being made to devise systems of governance that will insulate the judicial branch from political bias.

It has been many years of highs and lows for the Nigerian judiciary. Some pronouncements have been lauded for restoring faith in the country’s rule of law and democracy, while others have left tales of shame by confounding settled principles of moral and legal justice.

As one of the three arms of government alongside the executive and the legislature, the judiciary under Section 6(6) (b) of the Nigerian Constitution 1999 is vested with the power to determine “all matters between persons, or between government or authority and to any persons in Nigeria, and to all actions and proceedings relating thereto, for the determination of any question as to the civil rights and obligations of that person.”

The conviction and removal of a former Chief Justice of Nigeria, Justice Walter Onnoghen, and his replacement with Justice Tanko Muhammad, on January 25, 2019 and raids on residences of judges across the country by the Department of State Services on October 8, 2016, have been described as some of the darkest lows of the judiciary.

Also, Justice Chima Centus Nweze said in March 2020 that the decision of the Supreme Court on the Imo governorship election was wrong and “will continue to haunt our (Nigeria’s) electoral jurisprudence for a long time to come.”

Nweze who disagreed with the majority ruling of his six colleagues gave a dissenting judgment in the application filed by Emeka Ihedioha of the People’s Democratic Party.

Facts later emerged that the Supreme Court failed to do a thorough mathematical computation of the results of the election but relied only on the wrong computations submitted by Hope Uzodimma to declare him the duly-elected governor of Imo State.

“As the judiciary is the most vital institution to ensure the survival of a democratic society, it must be continuously protected and nurtured. Judges must be treated appropriately, and it must be ensured that they in turn fulfill their duties efficiently”

As the judiciary is the most vital institution to ensure the survival of a democratic society, it must be continuously protected and nurtured.

Judges must be treated appropriately, and it must be ensured that they in turn fulfill their duties efficiently. They must serve society with a top-quality judicial service that is proportionate to the importance of their role as well as the great powers and exceptional privileges provided to them.

As the judiciary is the most vital institution to ensure the survival of a democratic society, it must be continuously protected and nurtured.

Judges are supposed to rule impartially and independently, free from prejudices and outside influence, particularly from politicians.

When their rulings are perceived to be politically driven, the judiciary is attacked, with attackers claiming in essence that the judges would rather rule against the will and interests of the society than protect the public.

Given that judges are selected and appointed by politicians for their political lenience, is it not natural for their rulings to be or perceived to be politically motivated?

When politicians appoint judges, how can the public be sure that the judiciary is independent?

A further difficulty here is that human beings are intrinsically political and cannot be expected to be apolitical in all things, with judges being no different.

It is the accountability of the judges that is the main factor that distinguishes judiciaries as being better or worse service providers. It is only natural for the judiciary to be scrutinised, and the combination of free speech and a free press can result in the judiciary serving the people better.

In jurisdictions where the judicial office is taken for granted and an opinion holding that accountability compromises judicial independence prevails, it is not surprising that the judicial services lack elements of essential quality.

It is the accountability of the judges that is the main factor which distinguishes judiciaries as being better or worse service providers.

Only if the judiciary serves the public properly and is truly accountable will the people support the judiciary and defend it against the politicians. Therefore, to earn and protect its independence, the judiciary must deliver quality services to people and be held accountable for its performance.

The judiciary must be truly accountable to the society that is legitimately entitled to expect its services, not to ruling politicians.

The key to protecting judicial independence is focusing on gaining the trust of the people by providing quality judicial service whilst being truly accountable. Securing quality service provision and proper accountability will ensure the judiciary is seen as a friend of the people, rather than a group serving its members.

Only then can the public grant full independence to the judiciary and defend it when it comes under attack.