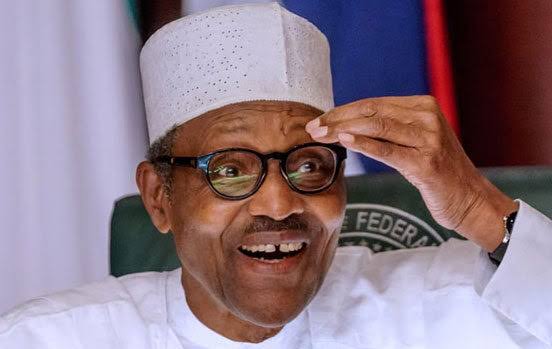 A Nigerian journalist, David Hundeyin, had last week posted on Twitter a document showing that President Muhammadu Buhari had approved N1.145 billion for the “supply of 10 Toyota Land Cruiser V8 vehicles to the Republic of Niger”.

Barely 24 hours after the provocative document was leaked, the Minister of Finance, Budget and National Planning, Zainab Ahmed, boldly confirmed the approval of the money.

The Minister said the President reserved the right to take decisions in the interest of Nigeria.

She said, “Let me just say that over time, Nigeria has had to support its neighbours, especially the immediate neighbours to enhance their capacity to secure their countries as it relates to us. This is not the first time that Nigeria has assisted the Niger Republic, Cameroon, or Chad.

“The President makes an assessment as to what is required based on the request of their Presidents. Such requests are approved and interventions are provided. It is to enhance their capacity to protect their countries, as it relates to security and also to Nigeria.”

Ahmed added, “Nigerians have the right to ask questions, but also the President has the responsibility to make an assessment of what is in the best interest of the country and I cannot question the decision myself.

“I have said this is not the first time that Nigeria as a country has provided intervention to our neighbours. It is in the best interest of Nigeria to do so.”

Although this is actually a small transaction, it is jarring and annoying all the same, given what Nigerians are going through.

Many Nigerians have questioned the rationale behind this superfluous gesture, particularly at a time when several government officials, particularly the Finance Minister, have consistently raised concerns over low revenues, poor oil income accrual to the federation account due to costly petrol subsidy, and worsening insecurity.

Ahmed herself had warned that urgent action is needed to address the nation’s revenue challenge and expenditure efficiency at both the national and sub-national levels.

In July, it was reported how the country’s fiscal position worsened in the first four months of the year as the cost of repaying debt surpassed the government’s revenue in the first quarter of 2022.

According to details of the 2022 fiscal performance report for January through April, Nigeria’s total revenue stood at N1.63 trillion while debt servicing stood at N1.94 trillion, showing a variance of over N300 billion.

Further analysis of the nation’s fiscal performance showed that deficit spending shot up to N3.09 trillion in the first quarter of 2022 as the pro rata spending target for the period was N5.77 trillion, while the actual spending as of April 31 was N4.72 trillion.

On the other hand, as of April 2022, the nation’s retained revenue was only N1.63 trillion, 49% of the pro-rata target of N3.32 trillion, putting the deficit between actual spending and revenues at N3.09 trillion.

In effect, the government borrowed to cover the deficit.

“With this development, President Buhari has revealed to Nigerians the limits of how low we can go; a country that cannot feed its people is busy buying cars for other sovereign countries”

Is it to the knowledge of the Federal Government that widespread shortages are becoming readily evident as shops’ shelves are becoming empty while the prices of the few items available keep increasing, putting them out of the reach of most Nigerian citizens?

It is therefore ridiculous that at a time when the economy of Nigeria is facing an empty treasury and rapid decline that it is giving out those vehicles that cost about N140 or N150 million each.

With this development, President Buhari has revealed to Nigerians the limits of how low we can go; a country that cannot feed its people is busy buying cars for other sovereign countries.

The government’s action is hardly justifiable and, indeed actually laughable given the current economic circumstance.

It is another proof of the obvious disconnect between President Muhammadu Buhari and Nigerians.

It is doubtful if President Buhari knows that the people he is giving the vehicles to do not live the kind of false and ostentatious lives our leaders live here in Nigeria.

While it is not out of place to help our neighbours who are in need, we must fix our own house first.

Our own economy is having challenges, we cannot pay our debts, yet we are doling out funds to please others, playing Big Brother.

We really wonder what President Buhari and his advisers really want to achieve with this suspicious gesture.

To say the least, it is the demonstration of the highest level of insensitivity by the Buhari-led administration.

We note with concern that while President Buhari approved N1.145 billion for the “supply of 10 Toyota Land Cruiser V8 vehicles to the Republic of Niger”, Information and Culture Minister, Lai Mohammed, said last week that the Secretary to Government of the Federation, Boss Mustapha, has presented a memo to procure operational vehicles for the Independent Corrupt Practices and other related offences Commission.

“The need for the procurement is based on the fact that the ICPC has increased its activities and this has been occasioned by improved management, expansion of the scope of operations, through the establishment of more state offices across the country, increase in personnel, among others.

“As you know, the ICPC, today, has also taken over supervision of consistency in projects. The memo request was approved and is to Messrs. Kaura Motors Limited,” he said.
Did the dubious purchase of the N1.14 billion vehicles for the Niger Republic go through due process?

How much is the cost of each vehicle which would bring 10 of them to N1.14 billion? What the Federal Government has not been managing is procurement discipline, accountability and monitoring.

We call on the National Assembly to urgently investigate the source of the fund used for the purchase of these vehicles. This gesture is scandalous, to say the least.
It is an irresponsible act, especially at this point in our country’s history that we are being ravaged by near collapse of the economy and several other challenges that such funds would have helped us to address.

The source of the fund should be investigated by the National Assembly, because all funds should be budgeted for and approved by it.

EDITORIAL: Nigeria @ 62: A country in despair