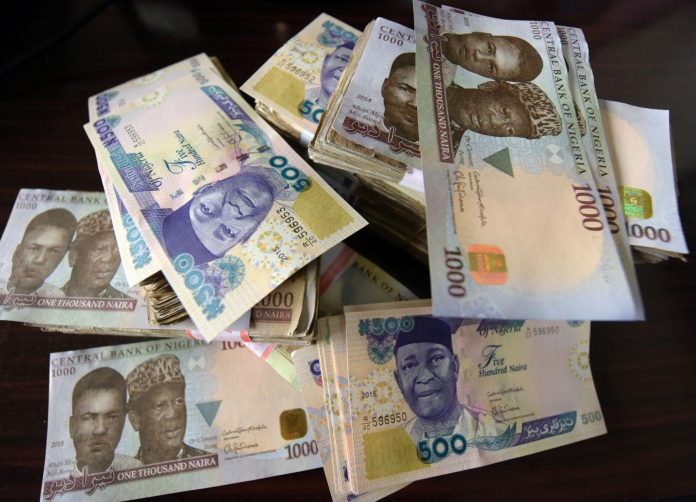 Nigeria’s inflation hit a 17-year high of 20.8% in October, driven by a weaker naira that raised the price of imports.

To tackle inflation, the Central Bank of Nigeria announced its currency redesign, adding that the move was long overdue.

According to the apex bank, the last such redesign was undertaken 20 years ago, whereas global best practices recommend redesigning notes every five to eight years.

However, two days after the announcement, the Minister of Finance, Budget and National Planning, Zainab Ahmed, distanced herself from the project, wondering if the CBN had fully considered the possible consequences of the move.

“There will be some benefits, but there will be some challenges,” Ahmed said. In response, the CBN explained that it needs to reverse “the hoarding of significant sums of banknotes outside the vaults of commercial banks.”

The latest altercation between the CBN and the Ministry of Finance, Budget and National Planning on redesigning the Naira has for the umpteenth time exposed the level of lack of coordination among critical arms of the national economic management team.

And for a Federal Government that rode to power with economic revitalization as one of its core themes, it also perhaps suggests why it has been at its wits end on how to stabilize the economy and, indeed, the value of the national currency.

Though the CBN Act grants the apex bank autonomy over monetary policy, currency redesign, being a major decision with huge implications on the economy, the external sector, polity and other aspects of the country, should get the buy-in of not only the Minister of Finance but the entire Federal Executive Council.

The altercation suggests that there is no working relationship between the monetary and fiscal authority, when the heads of the two institutions ought to have deliberated thoroughly on the implications of the policy even before the CBN wrote the President.

Although the Permanent Secretary of the Ministry of Finance, Budget and National Planning is a member of the Board of the CBN, apparently to serve as the ear and eye of the Minister in the apex bank.

However, the claim of Ahmed, if it is true, could, thus, suggest two possibilities. First, the plan to redesign the highest three banknotes was not tabled at the board.

If the first possibility is not true, then the representative of the fiscal authority at the CBN board is failing in his responsibility, hence the minister is not in tune with the policy direction of the apex bank.

We are troubled that both possibilities portend danger for the entire national economy, because no country issues banknotes without the full participation of the head of the finance ministry or treasury.

Currency issuance is more of fiscal than monetary operation in many countries, because it will incur a huge cost, which should be captured by the appropriation for next year.

“The CBN Governor using the guise of attempting to curb terror financing, currency counterfeiting and reining in liquidity as a means to slow down inflationary buffers, validates assertions that he has admitted to the mistake of violating that window”

If the Minister is not aware, who prepares the budget and oversees its implementation? We should also remember that currency has implications for cross-border activities. It is not just a monetary operation.

It is our argument that the request should not have been approved by only the President but by the entire FEC, because issues of national importance such as currency issuance are normally approved by FEC as the President does not represent the executive as much as FEC does.

The altercation is coming at the wrong time and may suggest desperation to get the President’s attention.

The reason the total amount of naira notes in circulation doubled over the last 36 months is because of the sustained violation of sections 38 of the CBN Act on ways and means of lending that has seen overdrafts to the Federal Government rise from $450 million, the approved limit, to $48 billion which is the equivalent of N22 trillion.

The CBN Governor using the guise of attempting to curb terror financing, currency counterfeiting and reining in liquidity as a means to slow down inflationary buffers, validates assertions that he has admitted to the mistake of violating that window.

The Minister of Finance is right to disown the actions of the CBN Governor, considering that the Permanent Secretary of the Ministry of Finance sits on the Board of the apex Bank.

The Minister should also be held accountable because it was under her watch of pursuing a fiscal strategy paper that relied on debt to fund budget deficits that the government, embarked on a careless spree of violation of specific rules, as it concerns the duty of the CBN as a lender of last resort to the Federal Government.

One of the unintended consequences of this move is the demand for the US dollar going up astronomically, leading to further depreciation in the naira, which raises the cost of importation for fuel oils, and food which are the leading indicators in the calculation of the consumer and cost price index.

The Federal Government has recorded much incoherence among agencies such as security agencies, which work at cross-purposes sometimes.

The autonomy of the CBN in no way suggests that it should not align with the fiscal authority and other government bodies, because it is almost impossible to separate monetary policies and banking regulations from fiscal policies and their implementation.

The basic functions of the CBN cannot be carried out without the Ministry of Finance, which is in charge of the national budget. And if for any reason the CBN works without the required alignment with the fiscal authority and other MDAs, it would only amount to winning economic battle, while losing economic warfare.

The Federal Ministry of Finance and the CBN are expected to work harmoniously in policy formulation and implementation as any discord between these authorities is detrimental to our economic management.