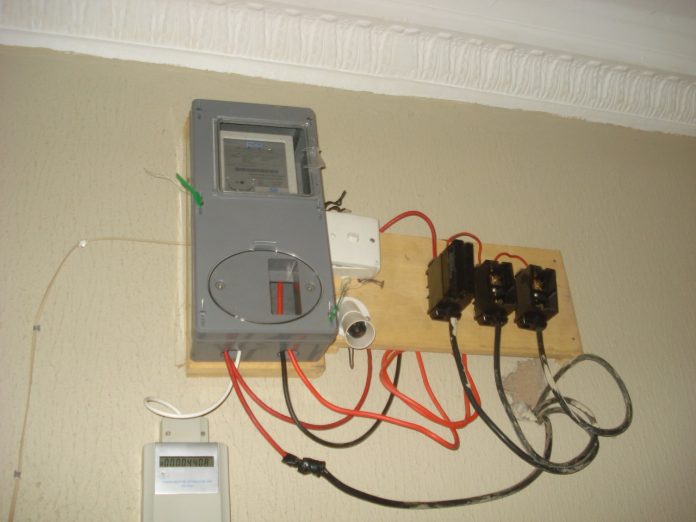 Electricity distribution companies in Nigeria have quietly increased tariffs by as much as 18.5 percent, with effect from December 1, 2022, leaving customers confused.

Findings by The Point showed that the two Discos in Lagos, Eko Electricity Distribution Company and Ikeja Electric, have hiked tariffs, with electricity bills being sent out to postpaid consumers.

The Nigerian Electricity Regulatory Commission, however, did not announce the latest hike in tariff, which a power distribution company attributed to the regulator on Wednesday.

The Minister of State for Power, Goddy Jedy-Agba, on Thursday evening, denied knowledge of the indiscriminate electricity tariff imposed by the NERC on consumers.

The minister who made this known while responding to questions by parliamentary correspondents on the presentation of the National Union of Electricity Employees Secretary-General on the increase of electricity tariff, said: “Where is the Chairman NERC? He’s the one that does anything on tariffs. I can’t speak on tariffs. It’s the chairman of NERC that can speak on tariffs.”

But on its website, NERC explained that one of the primary functions of the commission as contained in Section 32 (d) of the Electric Power Sector Reform Act, 2005 was to ensure that the prices charged by licensees were fair to customers and sufficient to allow the licensees to finance their activities and obtain reasonable profit for efficient operations.

“In pursuant to the authority given under Section 76 of the EPSR Act 2005, the commission established a methodology for determining electricity tariff in the Nigerian Electricity Supply Industry and subsequently issued a tariff order called the Multi-Year Tariff Order that sets out tariffs for the generation, transmission and distribution of electricity in Nigeria,” it stated.

“The hike is an obvious sign that the outgoing Federal Government is insensitive to the plight of Nigerians. We see the sudden hike as an attempt to defraud Nigerians under the present harsh economic difficulties”

It added, “The purpose of the MYTO is to set cost-reflective tariffs which will allow the power sector to be properly funded and functional.

“It provides a 15-year tariff path for the NESI with limited minor reviews each year in the light of changes in a limited number of parameters (such as inflation, interest rates, exchange rates and generation capacity) and major reviews every five years when all of the inputs are reviewed with the stakeholders.”

The NERC in another new report said that the Federal Government subsidized electricity consumption in the country to the tune of N35.27 billion
The report also stated that the expected remittance by Distribution Companies to the Nigerian Bulk Electricity Trading Company dwindled by N70 billion in Q1, 2022.

The NERC report also revealed that, while NBET was expected to receive N164.86 billion under the N203.13 billion Market Remittance Order invoice issued for energy generation costs during the quarter, the bulk trader only received N109.96 billion.

“This means that the government is responsible for covering the difference in the form of subsidy to energy consumers to the tune of N35.27 billion,” the NERC report stressed.

In March 2022, Finance Minister, Zainab Ahmed informed the nation that the government had ‘quietly’ removed the subsidy on electricity tariffs.

Ahmed stated unequivocally at a virtual meeting of African Finance Ministers and the International Monetary Fund that the government had removed any buffers it was paying in the sector.

The scourge that has bedeviled the power sector in the country is as old as the sector itself. Right from the days it was known as the National Electric Power Authority to the Power Holding Company of Nigeria and now a privatized sector, the problems had remained the same- poor power supply, lack of facilities, excess billings, lack of maintenance and others.

When the sector was handed over to the private owners by the Bureau of Public Enterprises on November 1, 2013, all sorts of promises were made to Nigerians. Many had thought consumers would heave a sigh of relief as witnessed in the telecommunications sector within a short period.
After almost ten years of the private owners’ operation, nothing much seems to have changed especially in the area of power supply, billings, metering and maintenance.

This is a situation that has made some Nigerians to call on the present government to review the privatization process which some allege was characterized by fraud.

What has consistently become a bone of contention between consumers and distribution companies is the tariff.

While the companies have argued that they need to review the tariffs upward to enable them to provide services, the consumers have insisted that the tariff cannot be reviewed upwards amidst poor power supply, absence of prepaid meters, poor facilities and others.

Across the country, severe criticisms, protests, condemnations and threats have continued to trail the hike since its commencement.

Many Nigerians have questioned the rationale behind the hike, considering that they have been paying for services not rendered to them before now by power distribution companies.

The hike is an obvious sign that the outgoing Federal Government is insensitive to the plight of Nigerians. We see the sudden hike as an attempt to defraud Nigerians under the present harsh economic difficulties.

It is quite unfortunate that Nigeria still grapples with electricity supply challenges and it is only able to generate just between 4,000 megawatts and 4,500 megawatts for its over 200 million population.

Since the privatisation of electricity distribution, Nigerians are yet to see the fulfillment of the promise of efficient service delivery.

Instead, the electricity situation has gone worse with chronic failures by DisCos to supply prepaid meters, exploitation of Nigerians through estimated billings and reluctance to attend to basic complaints.

We join other stakeholders by calling on the Federal Government to reverse the power sector privatisation because it has failed.

The privatisation of public utilities has not generally proven to be the correct thing to do in most countries, even developed ones; according to a study released by Public Services International.