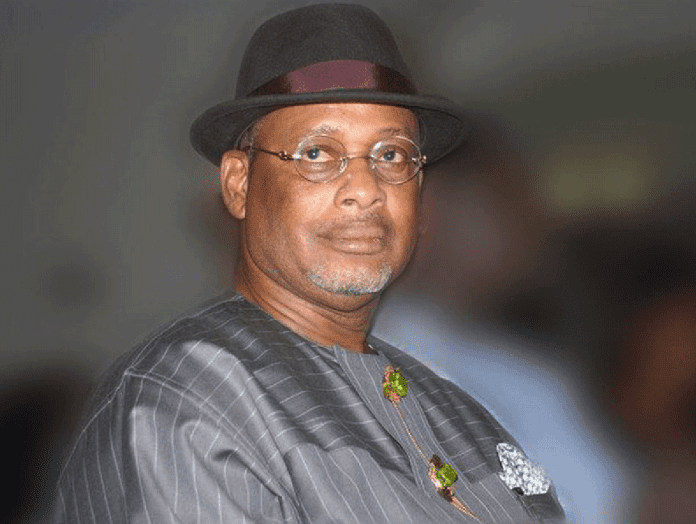 The crisis rocking the Rivers State chapter of the Peoples Democratic Party took a new twist on Thursday last week as the State House of Assembly derecognised Celestine Omehia as a former governor of the state.

Members of the state assembly passed a motion removing the status of ‘former governor’ from Omehia, who served as the state’s number one citizen between May 29 and October 24, 2007, as he was removed by a Supreme Court judgment, which replaced him with his cousin, Chibuike Rotimi Amaechi.

The motion to derecognise Omehia as a former governor was moved by the leader of the House, Martin Amaewmule and unanimously passed by all the 21 legislators, who were present at the plenary, including Anselm Oguguo, who represents Omehia’s constituency in Ikwerre Local Government Area.

As an executive action following the resolution of the state House of Assembly, Governor Nyesom Wike had also signed a legal instrument into
law the decision that accorded Omehia the status of a former governor of the state.

Governor Wike signed the instrument at the Executive Council Chambers of the Rivers State Government House, Port Harcourt on Friday when it was presented to him by the State Attorney General and Commissioner for Justice, Zacchaeus Adangor.

The governor disclosed that he had always respected resolutions from the state Assembly and never had any reason to disagree with them.

The eighth Assembly, shortly after the inauguration under the Nyesom Wike administration on June 30, 2015, had passed a resolution that compelled the government to recognise Omehia as a former governor and accord him all entitlements, privileges and benefits associated with the office.

Curiously, the legislators moved again to rescind the earlier resolution that Omehia be recognised as former governor; that Omehia ceases to use the title ‘His Excellency’; that Omehia stops using the acronym “Grand Service Star of Rivers State (GSSRS)”, which is a state honour meant for incumbent and former governors alone.

Amaewule had explained that the continued recognition of Omehia in that capacity would be a breach of the Supreme Court judgment, which in 2007 removed him as a governor for not being the duly elected candidate in that year’s governorship election.

“What has happened in the Rivers State House of Assembly is abhorrent, it is despicable and it is a disgrace not only to the people of Rivers State but to every Nigerian all over the world”

He said the motion was moved to reverse the earlier resolution because the ninth Assembly had better knowledge and particulars on the said Supreme Court judgment.

With this controversial move, the Rivers State House of Assembly has, once again, demonstrated that it is an appendage of Governor Wike.

The action of the House of Assembly is null and void and a demonstration of the naivety of the lawmakers.

We ask: Are the legislators the ones who voted for Omehia? Did the Rivers State House of Assembly make Omehia a governor?
It is not the duty of the assembly to recognise him as a governor or not.

There is no law in Nigeria or in the constitution that empowers the assembly to derecognise a governor, so it is our point that what the House of Assembly has done is vanity upon vanity and has no substance in the eyes of the law. The assemblymen cannot approbate and reprobate at the same time.

It is unfortunate that the lawmakers are exposing themselves to the public how naive and how parochial they are in their thinking. Their action is simply a classical example of legislative brigandage.

Delisting Omehia does not mean not recognising official duties performed by him when he was a governor, which included the signing of bills and approval of some appointments.

If it were possible for either a House of Assembly or National Assembly, to pass a law delisting the history of a public officer, it means official acts carried by such an official would be deemed as null and void.

If the legislators have the capacity to delist him, they must also invalidate all the official acts that he conducted as a governor.

Omehia is simply a victim of the dirty politics of vindictiveness, ungodly ego, and unbridled desire to play godfatherism in the life of others in Rivers State. What just happened was all because he met Atiku Abubakar, the presidential candidate of the PDP.

Omehia is a grown-up man, a lawyer, and an individual who once sat on the seat of the governor of Rivers State and made decisions for and on behalf of Rivers State.

It is unimaginable that anyone can say such a person does have the right to personal decisions on whom to associate with, support and work for in an election period.

We are concerned that a state House of Assembly which should ordinarily serve as the bastion of democracy, the voice and conscience of Rivers people, has been reduced to the governor’s lackey and attack dog against the governor’s perceived political enemies.

What has happened in the Rivers State House of Assembly is abhorrent, it is despicable and it is a disgrace not only to the people of Rivers State but to every Nigerian all over the world.

This is the hand of Esau, the voice of Jacob and it may not augur well for the PDP and the governor in Rivers State.