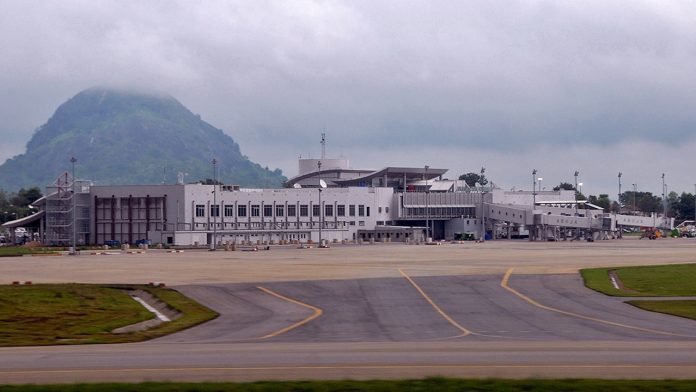 The National Assembly has stated that the proposed second runway for the Nnamdi Azikiwe International Airport, Abuja will cost N72 billion.

Nnaji explained that the cost covers lighting, infrastructure, buildings and the construction of the 4.2 kilometres of runway.

He also said the runway will be the longest in West Africa if completed and commended the Minister of Aviation, Hadi Sirika for the project.

We join other stakeholders in the aviation sector, who are raising concerns about this ridiculous project amid the financial strains being experienced in the country.

The resources for this unnecessary project should have been channeled to other pressing issues in the aviation sector or other sectors needing urgent injection of funds.

There is no need for two runways at any of our airports in Nigeria, except the Mallam Aminu Kano International Airport, where the Nigerian Air Force has a joint operation for tactical training.

We consider the plan for the second runway at the Abuja airport as a waste because the 26 federal, states and private airports put together do not have the air passengers traffic figures of Johannesburg (South Africa).

Also, both the Lagos and Abuja airports do not have the traffic of Gatwick Airport (United Kingdom), and yet none of the airports mentioned have two runways.

According to data made available by the Federal Airports Authority of Nigeria, air passenger traffic across the country from 26 airports put together processes 15 million passengers annually.

Gatwick Airport, which has just one runway currently, processes over 45 million passengers annually.

“Why is Hadi Sirika, the Aviation Minister, promising a runway in six months when it is taking the sector three months to fix runway lighting on the Lagos runway that has been unserviceable for 13 years?”

Mumbai International Airport (India) also has a single runway. Between 2017 and 2018, the airport handled 48.49 million passengers.

The second runway for the Abuja airport has always been mired in controversy.

We recall that in April 2010, following the corruption allegation surrounding the award of its contract, the Federal Government directed the Federal Ministry of Aviation and Federal Airports Authority of Nigeria to terminate the N64 billion project.

The project was awarded then to Julius Berger Construction Company after the signing of agreement on February 5, 2010 and was scheduled for completion in 24 months.

The directive to terminate the project at that time was issued by Yayale Ahmed, the then Secretary to the Government of the Federation in response to the resolution passed by the House of Representatives after a motion raised by Dino Melaye on the subject.

Babatunde Omotoba, who was the Minister of Aviation, gave the hint while testifying before the House Committee on Aviation at the concluded investigative hearing on the processes that led to the award of the N64 billion contracts to Julius Berger.

Omotoba had explained that the initial N72 billion contract proposal was reduced to N64 billion after several negotiations and upon his insistence on having comparative costs for such projects from airports around the world.

Also in his testimony, a representative of PW Construction Company which offered the lowest bid price at the sum of N30 billion insisted that the company could construct the 3.4 kilometer second runway with other facilities at the same cost and without variation.

He however explained that the company’s decision to opt out of the bidding was due to inadequate time for the submission of cost for the reviewed contract within four days.

What is happening now in a pre-election year should be of serious concern to everyone in the sector because of the paucity of funds for critical periodic maintenance and human capital development and growth.

Why is Hadi Sirika, the Aviation Minister, promising a runway in six months when it is taking the sector three months to fix runway lighting on the Lagos runway that has been unserviceable for 13 years?

What we consider necessary at the Abuja airport is to extend the lengths of the runways and strengthen the load classification numbers of their thresholds, where landings and damages occur.

It is our considered opinion that when this happens, the threshold would be shifted but the take-off and the landing will not be compromised.

The danger in a second runway for Abuja has been identified by a committee in the early 80s as one that will compromise safety.

The committee recommended then that if the present airport cannot be moved, the second runway should be built in another airport for domestic flights while the present remains for international flights.

We remember that the proposal to build a second runway was rejected eight years ago, also during an election year.

The passenger traffic and aircraft landing and taking off from the Abuja airport currently show that the airport does not necessarily need a second runway, because most of the developed airports across the world operated for a long time and saw an increased traffic before they built a second runway.

What should be done to keep the runway active is continuous maintenance.