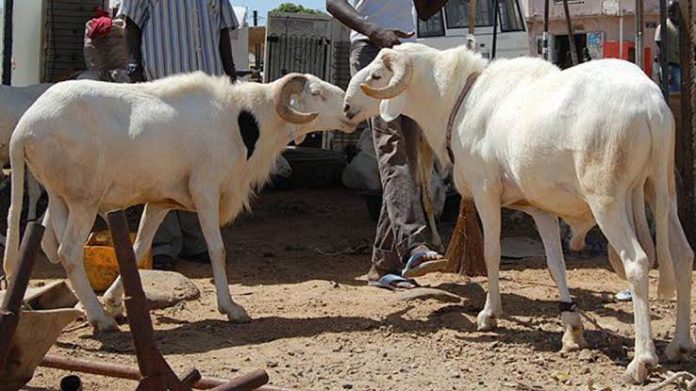 As Eid-el Kabir is significantly celebrated by slaughtering of rams by Muslim faithful, however, with the current economic downturn, the purchasing power of many to buy rams appear to have been crippled.

A report by the News Agency of Nigeria in Ibadan on Wednesday revealed low patronage at different ram markets within the metropolis, thus posing concerns for sellers as well as intending buyers.

The Baale of Bodija 30-30 ram market, Rasaki Adeyemo, traced the low sales of rams to the biting economic condition in the country.

“As you can see, rams are available in almost all the markets and at different places, but buyers who can afford them are scanty.

“The rams are sold at relatively low prices, but there is obviously no money in people’s hands.

“The willingness to buy rams for Sallah is there. Unfortunately, people are limited by lack of money.

“This situation is, however, not peculiar to ram sellers alone, as various other businesses are affected by the economic downturn,” he said.

Adeyemo said that the hike in the price of diesel did not help the situation, as it had its effect on the cost of transportation, particularly from the northern part of the country to the south.

He also identified security challenges, especially on the roads, as another factor contributing to the rising cost of transportation.

“On the issue of security, many remote northern villages that we buy rams from have been invaded. Therefore, we have to make do with whatever we see nearby,” Adeyemo said.

Habibu, attributing the situation to poor road network, characterised by bad portions, implored the government to construct lasting roads to ease movement of people and goods.

Another ram seller at Aleshinloye market, Abdullahi Maigari, said that the N1.2 million cost of bringing down rams in articulated vehicles from the north to the south, used to be between N500, 000 and N650, 000.

Maigari said that unlike the case at hand, about 30 of such vehicles brought in rams to the same Aleshinloye market in 2021.

“There is no money. We are just sitting down here without sales; buyers are not coming.

A buyer, Monsuru Dauda, not desiring to disclose the cost of the ram he bought, simply said that he had a good deal.

He, however, decried the economic situation in the country, regretting that it would affect the killing of rams by most Muslims.

The rams are sold at relatively low prices, but there is obviously no money in people’s hands.

Another ram merchant, Salisu Aminu from Maiduguri, lamented the loss he had incurred, as his rams were dying due to lack of patronage.

He also attributed the death of the animal to exhaustion and thirst, occasioned by the long journey from Maiduguri to Ibadan.

Aminu said that he had to sell some of the affected rams at give-away prices in order to not lose totally on them.

KILLING OF POLICEMAN BY SOLDIERS: Bereaved family cries out for justice