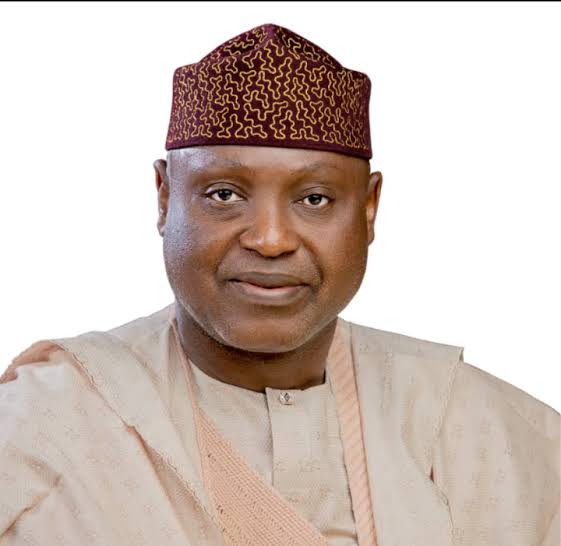 DETERMINED to boost the Ekiti State economy, Governor Biodun Oyebanji has commenced talks with agencies of the Federal Government and development partners in Abuja.

Oyebanji who on Tuesday met with top officials of  NIRSAL MFB and Small and Medium Enterprises Development Agency of Nigeria (SMEDAN), said he was in Abuja to personally lead the talks with heads of the federal MDAs,  international development agencies and some private sector players on areas of support and collaboration with the administration.

The support of the agencies, Oyebanji said would aid his administration’s plan to boost economic prosperity of the people of the state.
In separate meetings with Managing Director/ CEO of NIRSAL MFB, Abubakar Abdulahi Kure and Director General/CEO of SMEDAN, Olawale Fasanya, the Ekiti State Governor said he was convinced that the state’s fortune would improve through strategic partnership with agencies.

He said the state government would ensure conducive atmosphere for small and medium scale businesses to thrive, while also attracting big business concerns to invest in the state.

He added that the focus of his administration was how Ekiti people, known for their educational attainment, could deploy their knowledge to create wealth, adding that his administration would leave no stone unturned in seeking opportunities for its teeming youth population to get employed and to be able to set up businesses.

“I know if we are able to develop our SMEs, IGR will improve and life of the people will improve,” Oyebanji said, urging the agencies for support for agriculture and cooperatives in the state.

Speaking at one of the meetings, the MD/CEO of NIRSAL MFB, Abubakar Abdulahi Kure said the financial institution would provide fund for the state to handle youth unemployment.

The NIRSAL MFB boss highlighted several schemes the state could access. He however urged the Governor to also ensure beneficiaries also meet their repayment obligation.

On his part, SMEDAN DG, Fasanya said the agency was ready to partner with Ekiti State. “Majority of the population are farmers and traders, artisan, so we have a lot to support,” he said.

Aside from funding, SMEDAN, according to Fasanya, can assist with sourcing of materials, business support services. He also revealed that the agency planned to have business information centres across the local government areas where people could access information on business development among others.