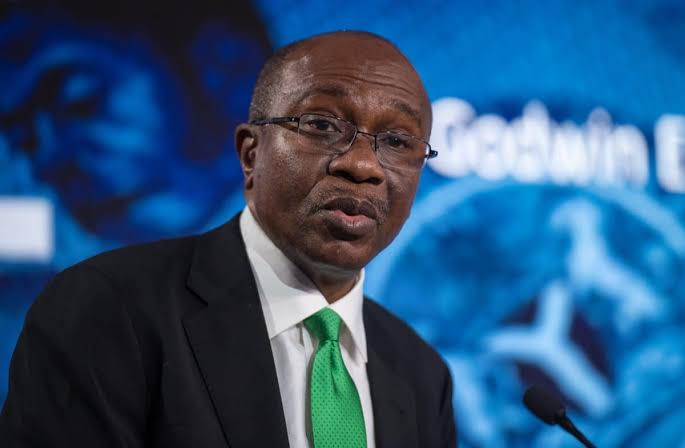 The Department of State Services has warned “elements” trying to cause confusion in Nigeria that it will not give room to the use of falsehood and deceit to misdirect public understanding and perceptions of issues of national importance.

The DSS said that it remained focused on its mandate and insisted that no amount of protest or intimidation could stop it from carrying out its duties.

The Service was reacting to a protest by human rights lawyers, civil society groups, including the Arewa Youth Consultative Movement, which raised the alarm over an alleged plot by the DSS to frame up the Governor of the Central Bank of Nigeria, Godwin Emefiele, over alleged terrorism sponsorship against Nigeria.

The convener of the coalition, Tochukwu Ohazuruike, had said the security agency filed a motion in court, accusing the CBN governor of terrorism financing and other crimes it described as economic crimes of national security dimension.

Reacting to the development, on Monday, spokesperson for the DSS, Peter Afunanya, said, “The Department of State Services wishes to clarify that one of its roles is the investigation of matters of national security dimension. It has always discharged this responsibility in the overall interest of Nigerian citizens. As such, the Service will continue to disseminate actionable intelligence to the relevant authorities devoid of any sentiment.

“While professionally discharging its mandate, the DSS pledges to remain focused and unbiased.

It will not, by any means, succumb to propaganda, intimidation and the desperation of hirelings to undermine it. It will also not give room to the use of falsehood and deceit to misdirect public understanding and perceptions of issues of national importance.

“Given not to join issues, the Service warns those on a wild goose chase to be mindful of their actions. Similarly, it urges members of the public to disregard the vituperations and ranting of misguided elements and not allow themselves to be used as instruments of destabilisation.

“Notably, these elements should remember the famous axiom that “you will only deceive some people, some of the time, but not all people, all the time”.

To put it succinctly, the Service will not be distracted by persons and/or groups from carrying out its duties to the Nation, citizens, President and Commander-in-Chief.

Citizens are, therefore, urged to avoid being used to thwart or undermine the Service and its lawful investigations as those who wish to act in the breach will be dealt with in accordance with the law.”

Protesters numbering over 200 on Monday stormed a Federal High Court in Abuja following a suit secretly filed by the DSS, accusing the CBN Governor of terrorism financing and other crimes.

They marched to the office of the Attorney-General of the Federation where they submitted a petition against the action of the DSS and demanded the sack of its Director General, Yusuf Bichi.

They also submitted similar letters to the office of the President, Secretary to the Government of the Federation, Inspector General of Police, among others.

The protesters, who carried placards with various inscriptions, also alleged that the DSS embarked on the plot to remove the CBN governor for political and pecuniary reasons.

The leader of the protesters, Tochukwu Ohazuruike, who had earlier addressed a press conference, alleged that the DSS Director General and his allies in the plot had already promised someone else the office on the agreement that the cash withdrawal limit policy would be immediately suspended.

The protesters also claimed that the plot of labeling Emefiele a terrorist was to undermine the President, usurp his powers to hire and fire and remove Emefiele from office on the strength that they would get an order to detain him for at least 60 days to impose another person as the Central Bank governor.

The DSS had approached the Federal High Court Abuja in the secret suit under S66 of the Terrorism Prevention and Prohibition Act, 2022 to demand that the court order for Emefiele’s detention for 60 days in the first instance.