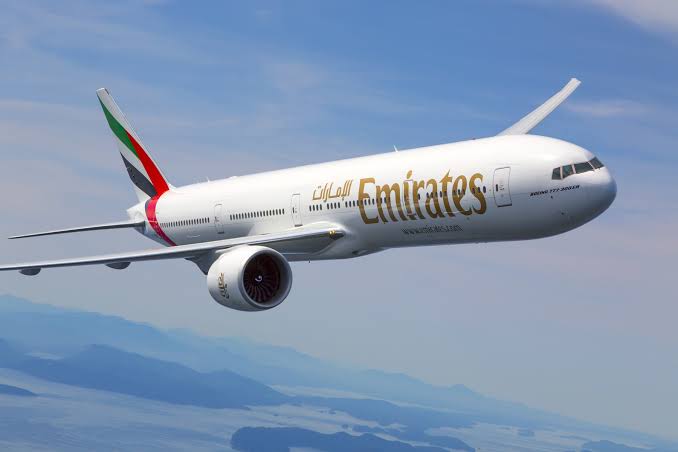 Emirates Airlines has written the Minister of Aviation, Hadi Sirika that it would reduce its flights to Nigeria from August 15, 2022 due to its failure to repatriate its $85 million revenue earned from ticket sales in Nigeria.

The Middle East mega carrier said it would be forced to reduce flights from Dubai to Lagos from 11 times per week to seven times per week.

In the letter dated July 22, 2020 and signed by Sheik Majid Al Mualla, the DSVP International Affairs, Emirates stated that it does not have any choice but to take this action, to mitigate the continued losses it is experiencing as a result of funds being blocked in Nigeria.

Mualla stated in the letter that as of July 2022, Emirates had $85 million of funds awaiting repatriation due to non-availability of dollars in Nigeria and this figure has been rising by more than $10 million every month, as the ongoing operational costs of the airline’s 11 weekly flights to Lagos and five to Abuja continue to accumulate.

The mega carrier said the funds “are urgently needed to meet our operational costs and maintain the commercial viability of our services to Nigeria.”

“We simply cannot continue to operate at the current level in the face of mounting losses, especially in the challenging post COVID-19 climate. Emirates did try to stem the losses by proposing to pay for fuel in Nigeria in naira, which would have at least reduced one element of our on-going costs, however this request was denied by the supplier. This means that not only are Emirates’ revenues accumulating, we also have to send hard currency into Nigeria to sustain our own operations. Meanwhile, our revenues are out of reach and not even earning credit interest,” the airline added.

It also explained to the Minister that it took its management time before it arrived at the decision to cut down its flights to Nigeria.

“Indeed, we have made every effort to work with the Central Bank of Nigeria (CBN) to find a solution to this issue. Our Senior Vice-President met with the Deputy Governor of the CBN in May and followed up on the meeting by letter to the Governor himself the following months, however, no positive response was received. Meetings were also held with Emirates’ own bank in Nigeria and in collaboration with IATA (the International Air Transport Association) to discuss improving FX allocation, but with limited success.”

The letter also said that despite Emirates considerable efforts, the situation continued to deteriorate.

“We are now in the unfortunate position of having to cut flights, to mitigate against further losses going forward.

“While we appreciate this issue is primarily a financial one, any support you could kindly provide would be warmly welcomed by Emirates. We are confident that your valuable involvement would make a real difference in improving this very difficult situation,” Mualla also said in the letter.

Emirates, however, emphasised that if the Minister would respond positively to its request of unlocking these funds for repatriation, it would re-evaluate its decision.

In June, IATA disclosed that Nigeria owed foreign airlines $450 million representing 25 per cent of the total amount of international carriers’ funds held back by central banks of many countries put at $1.6 billion by end of April 2022.

There are indications that the amount might have risen to over $500 million by now, as CBN has failed to allow the airlines repatriate their funds.

IATA said airfares charged by international carriers against Nigerian travellers are three times higher than what obtains in other countries that do not retain airlines’ revenues and expressed fear that the fares might continue to rise until Nigerians would not be able to afford international travel and that would eventually weaken the nation’s economy.

Other countries in Africa that hold on to huge amount of airlines’ revenues as at June this year include Zimbabwe – $100 million; Algeria – $96 million; Eritrea – $79 million and Ethiopia, $75 million.

IATA also explained that airlines were charging higher fares to Nigeria so that they could make profit from one leg of the trip, as most trips are charged on return ticket.

IATA also warned, “The continuous holding of airlines funds and the high fares charged Nigerian passengers would eventually damage Nigeria down the road. We are not expecting that Nigeria will pay the money in one single shot, but it should start paying the money because blocked funds will continue to accrue as traffic goes up. 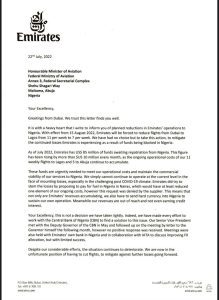 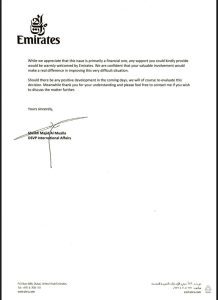