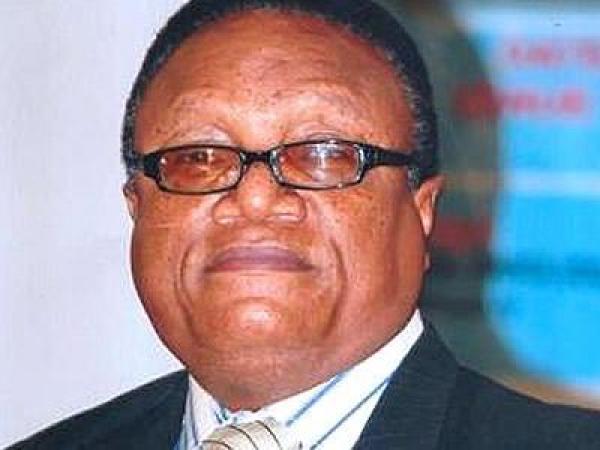 Previous week, officials of the Lagos State government auctioned 134 vehicles that had been impounded from traffic offenders.

It was a tough measure, indeed, insensitive considering the harsh economic climate that we live in. Some of those vehicles were bought on hire purchase. There was the example of a 49-year-old widow, Dorothy Dike whose bus was auctioned. The tears in her eyes and the painful expression on her face broke the hearts of many.

It was reported that her driver, Osinachi Ndukwe, had spent three months in prison for the offence. Yet they were compelled to look on as their only source of livelihood ‘bought at the rate of N1.8million on hire purchase was auctioned for N450, 000’.

Law enforcement should carry a human face. What kind of law prescribes a jail term of 3 months and forfeiture of a vehicle for driving against traffic? Inhuman and insensitive. Bad law. Wicked law. Callous.

I must admit that traffic in Lagos is a nightmare. For a first-timer in the city driving in Lagos is hazardous. Often on the expressways within the city, the impression is that there are no rules. Mile Two to Oshodi. Mile Two to Badagry. Yaba to Ikorodu. Lekki Toll Gate to Epe.

People just drive ‘anyhow’! A visiting American friend once said that driving on Ikorodu road was like ‘science fiction! Not a compliment.

The average driver in Lagos is short-tempered, rude, aggressive, and hostile. Commercial bus drivers carry the trophy among drivers. They are filthy, uncouth, lawbreakers, and Lords of the Roads. Traffic officials often look the other way when most of them break the rules.

They do not obey traffic lights. They stop sometimes in the middle of the road to pick up passengers.

In fact, traffic control measures offend their sensibilities. They would rather there were no rules, that are if they are conscious of existing rules! By the way, when does LASG plan to get rid of those yellow buses as it did the notorious ‘Molue?

Of late, that is, since Okada drivers were wisely kicked off the major roads, Keke drivers have entered the space of mad drivers. Like the okada riders, they are death traps for both passengers and other drivers.

Obviously, they do not know the rules. They are not regulated. They do not pass a driving test. I wonder if anyone issues driving licenses to them. Perhaps they do. But are they required to pass the rigorous test that ought to guide drivers in Lagos? The impression is that anybody who knows how to press on the throttle and control the wheels can drive those dangerous toys in the country. I know they pay daily ‘tributes’ to officials of NURTW.

In some areas, they are in cahoots with traffic managers and controllers- they get away with anything! I recall an experience in 1999 when a bike rider riding against traffic near Rutam House in Oshodi was accosted by traffic controllers and he declared that this was democracy and that he could ride his bike the way he liked!

Some drivers of private vehicles are like their commercial vehicle drivers’ counterparts. They respect no rules. They are ready to pour invectives on the next person on account of a minor brush while jostling for space across lanes! Indeed, it seems that to drive in Lagos, one must learn all the swearing and insulting words in Yoruba!

A senior colleague once declared that it was driving in Lagos that gave him hypertension. I got to know this in my early days in Lagos when I rode in his car from the University of Lagos Campus in Akoka to Gbagada through Bariga! I can vividly remember how he got worked up as the yellow buses dominated the road with reckless abandon for the rules of engagement!

Sadly, it still happens along that route and most other inner roads within the metropolis. I don’t envy the LASTMA officials in the city of Lagos. They deserve good pay and ought to be on one-day-on-one-day off-duty arrangements! Anyone who works every day on traffic control in Lagos will either lose their sanity should they decide to do the job effectively or die early!

Another downside to the traffic menace in Lagos is the number of deaths recorded in accidents. For example, the FRSC reported that ‘between January and August 2021, 101 persons died while 625 sustained different degrees of injuries in road crashes. The figures for 2022 are not available yet. I suspect it will be higher than the 2021 figures. I also believe that not all accidents are reported.

Against this background, therefore, we understand why the Lagos State government has gone tough on driving infractions within the megacity by rolling out some harsh and inhuman rules. Anyone who drives without a licence would have their car impounded and possibly auctioned off later. If a person under 18 years is caught driving, they would pay a fine of N30, 000 and go to jail for 3 years. If you drive without roadworthiness, the vehicle will be impounded. The following offences attract impounding the vehicle -doing ‘kabu kabu without a permit, disobeying LASTMA officer, smoking while driving, no car hire service permit, and driving on a walkway or kerb!
I have established my familiarity with the insanity of driving in Lagos. Yet, any law which goes for the object rather than the subject is inhuman. Make the lawbreaker pay huge fines or go to jail. But set the vehicle free once the fines are paid. If the Lagos State government is serious about regulating traffic in the state, they should start with commercial buses. The general thinking is that party faithful own the buses and so most of these scoundrel drivers get away with murder. Some traffic officials are compromised. Some are arbitrary and overzealous.

In some areas, traffic rules are not clear, that is, there are no signs to indicate the status of a road. I had been a victim of this absence of rule regime on Victoria Island. In some cases, yellow buses are allowed to drive against traffic. If a private vehicle driver follows that example, from nowhere state officials appear and arrest the driver. Indeed, some traffic officials mislead drivers into breaking the law and leave colleagues to arrest them while they look the other way.

Laws are meant for the regulation of behaviour in society. They are not meant to destroy lives. Security officials especially policemen and soldiers should desist from breaking traffic offences. They are not above the law.

The outcry against impounding of vehicles should elicit an immediate response from the Executive and Legislative arms of government immediately by suspending that provision. The fines for driving or riding against traffic should be raised. There will still be offenders, yet their livelihood will not be tampered with. I urge the Lagos State government to recall the auctioned vehicle of Dorothy Dike. Her vehicle should be given back to her. Her driver broke the law. She did not. She should not suffer economic injury because her driver was foolish. If the world is abolishing the death penalty for homicide in favour of long jail terms, it is indicative of new thinking. Harsh, inhumane laws are antithetical to societal growth and harmony.

Finally, there is a spirit of ‘hurry-now-else-you-will-miss-it’ that drives everyone in Lagos. Is this why FRSC used to send traffic offenders for a mental evaluation? What accounts for this? Fear?

Desire to get to one’s destination quickly before ‘wahala’ comes?

Whatever it is, if we make all the rules without moderating thefrenetic pace of life in Lagos, more people will pay fines and or go to jail.