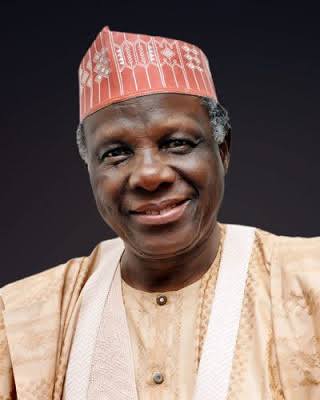 Former Minister of Information and National Orientation, Jerry Gana, on Friday, called on the Independent National Electoral Commission to ensure that votes count in the 2023 general elections.

Gana spoke at the 11th edition of the Change We Need Nigeria Initiative Annual Lecture organised by the Charismatic Renewal Ministries in Abuja.

“Elections are extremely important in a democracy.

“In a democracy, it is the people that rule and all the people cannot rule at the same time, and that is why the need for an election.

“So let us ensure that the people’s vote counts,” he said.

According to the ex-minister, to have a good election, we must have an independent electoral umpire.

“Our electoral commission must be independent. They must not be ruled or governed by anybody.

“They must be able to give a free, fair and credible election,” he said.

He said that INEC should be given all that it requires, in terms of logistics and resources needed, to deliver a credible poll.

He said the use of technology during voting and transmission of election results as guaranteed in the Electoral Act, 2022 should be ensured.

Gana, who said that election, should be conducted in a peaceful environment, called on all eligible voters to ensure that they cast their votes.

“We must also have good voter education programme. The media and INEC should be engaging in voters’ education,” he said

Mike Ozekhome, SAN, also called on the electoral commission and the security agencies to ensure that people’s votes count.

“Abraham Lincoln said democracy is the government of the people by the people and for the people.

“That means it is the people that midwife democracy and midwife it for the people.

“The people therefore are the owners of the power not the elected or the selected few because the tail cannot wag dog but it is the dog that wags tail,” he said.

Ozekhome, who called for increased voter education, advised that the country should have a system where eligible voters could vote anywhere irrespective of where they registered.

“Voters registration should be a continuous exercise. Although INEC has stopped it, I have gone to court to challenge that,” he said.

The senior lawyer also called for the establishment of special court to try electoral cases.

The General Overseer of CRM, Cosmas Okechukwu, said the success of the coming election would depend on some critical agents.

“The principal ones among them would include, the electorate, the INEC, the security agents, the political parties and their candidates, the electoral tribunals and courts, the Federal Government, the mass media and civil organisations, and ultimately God,” he said.

According to him, as always, the primary success agent in any successful election is the willing participation of the voters.

“If people fail to show up at the polling booths and cast their votes, election will not occur. To this end, efforts must be made to encourage the people to go out and vote freely,” he said.

Okechukwu said the absolute independence of an electoral umpire is imperative for the success of any election.

“When the integrity of the body charged with the responsibility of conducting an election is deemed to have been compromised, the outcome of the exercise, rather than command general acceptance, will breed disaffection in the polity,” he said.

He said another area of concern with respect to INEC had to do with its operational logistics.

“The electoral umpire must figure out the best way to effect the deployment of staff and materials to these units safely and on time,” he said.

The clergyman, who called on security agencies to ensure adequate security before, during and after the polls, urged political parties and their candidates to conduct themselves in a manner that guarantees peaceful and credible elections.

Ene Obi, Chairperson, National Election Situation Room, urged all stakeholders to ensure that all hands are on deck for the success of the 2023 elections. (NAN)