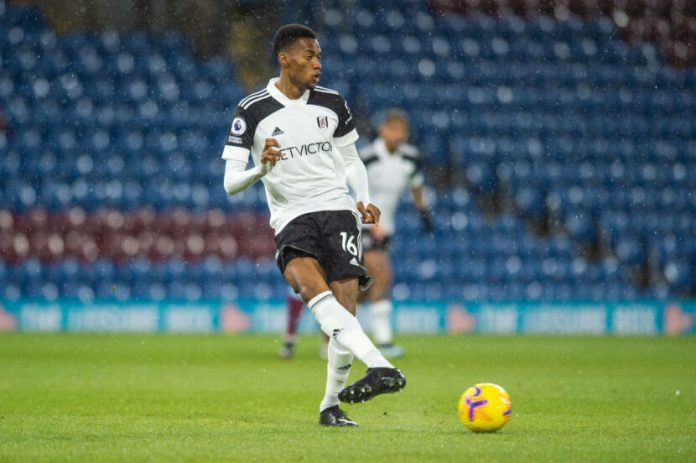 Some Nigeria-eligible players were in action for their respective clubs in the opening round of matches in the English Premier League at the weekend.

In the early kickoff, central defender Tosin Adarabioyo put in a brilliant 90-minute five-star show for EPL new boys Fulham against Liverpool, while teammates Josh Onomah and Sylvester Jasper were left out of the matchday squad at Craven Cottage.

At the Tottenham Hotspur Stadium in London, after a difficult start for Spurs, they came from behind to register a comprehensive 4-1 whitewash over Southampton.

Summer signing from Glasgow Rangers Joe Aribo made his Premier League debut from the start while Nathan Tella wasn’t named in the matchday squad.

James Ward-Prowse gave Southampton an early lead after 11 minutes, but Ryan Sessegnon and Eric Dier netted before half-time to put Spurs 2-1 up.

There was joy for Spurs and more disappointment for Southampton as Salisu put the ball into his own net in the 61st minute before Dejan Kulusevski planted a shot into the bottom corner to wrap up the scoring in the 63rd minute.

At St James’ Park, there was a Premier League debut for Taiwo Awoniyi as his team Nottingham Forest were beaten 2-0 by Newcastle United.

After a goalless first half, Fabian Schär gave the Magpies the lead with a shot from 25 yards in the 58th minute and Callum Wilson doubled the advantage with 12 minutes left on the clock.

Bournemouth had a positive start to the season, beating Steven Gerrard’s Aston Villa 2-0 at the Vitality Stadium.

Dominic Solanke, wearing the number 9 jersey, started for the Cherries, while 2022 U19 Euro champion Tim Iroegbunam was omitted from Aston Villa’s matchday squad.

Jefferson Lerma fired home past goalkeeper Martinez to give Bournemouth the lead inside three minutes and Kieffer Moore made sure the points were safe when he rose highest and headed the ball into the net in the 80th minute.

In the evening kickoff at Goodison Park, Alex Iwobi starts for Everton against Chelsea in which the Blues triumphed with a 0-1 slim win away from home. New signing for the London team Carney Chukwuemeka has to wait for his debut as he has not been selected in the matchday squad.

Meanwhile, former Chelsea star Victor Moses could be set for a lengthy spell on the sidelines after suffering an injury during Spartak Moscow’s 2-0 win against Ural on matchday four in the Russian Premier League on Saturday, August 6.

The most unpleasant incident of the game happened just past the half hour mark when the winger was stretchered off the pitch.

Replays confirmed that the former Nigeria international made no contact with an opponent before he hit the turf and couldn’t get up on his own.

According to reports, Moses left the stadium in Yekaterinburg on crutches and his right leg was in a brace.

The 2013 Africa Cup of Nations winner has been arguably Spartak Moscow’s best player in the new season, scoring two goals in three matches before the trip to Ekaterinburg Arena.

Moses missed almost the whole of pre-season preparations because he was undecided about returning to Russia.

He is expected to undergo an MRI scan in the coming days to determine the severity of his injury and the likely length of his layoff.