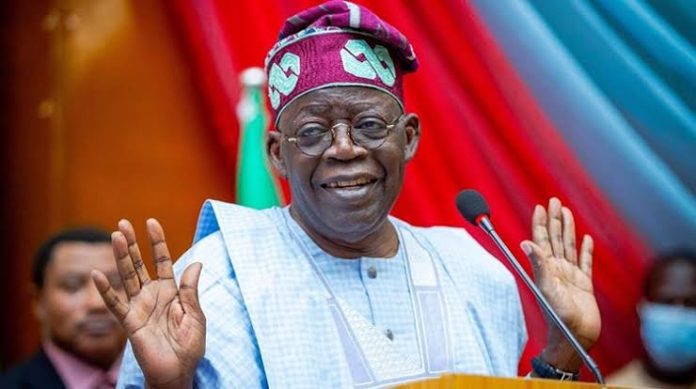 The Director of Strategic Communication of the APC presidential campaign council, Dele Alake, disclosed this on Sunday night during an interview on Channels TV’s Politics Today.

In his attempt to clear the air on Tinubu’s certificates, Alake said that in Tinubu’s CF 01 form submitted to the Independent National Electoral Commission (INEC), the presidential hopeful said his academic certificates were stolen by unknown persons while he was on self exile.

Tinubu, a former Lagos State Governor, was one of the National Democratic Coalition (NADECO) chieftains who fled the country under the regime of the late General Sani Abacha who had clamped down on academics, activists and other technocrats opposed to his regime.

In his sworn affidavit in support of his nomination form for the office of the president, Tinubu said he “went on self exile from October 1994 to October 1998 (and) when I returned and discovered that my property including all the documents relating to my qualification and my certificates in respect of paragraph 3 above were looted by unknown persons.”

Critics, however, alleged that Tinubu failed to present his certificates because he used a different name in primary school, a certain Amoda Ogunlere, which trended on social media for days last week.

When asked to comment on this during a live television programme, Alake in his bid to defend his principal said, “Have you ever seen his document showing the name Amoda or whatever? People say we heard, we heard, rumour mongering nobody has ever shown document like (that) to say this is the certificate with Amoda or whatever.

“I always say that Nigerians should subject this thing to critical analysis. I am not saying that people should not carry rumours because in political environments or political game like this, opponents must dig anything; any dirt, to throw at you. But the point is he who alleges must prove. You must show documentary evidence, I have seen none.

“The issue of primary school you have just mentioned. Let me clear the air today. If you are not old enough, there are people around you who are old enough to know that in those days, when people were indigent and schools were not as many as we have today; a lot of people were indigent and couldn’t afford the school fees to go to formal institutions and at that time a lot of people did read at home and passed their exams.