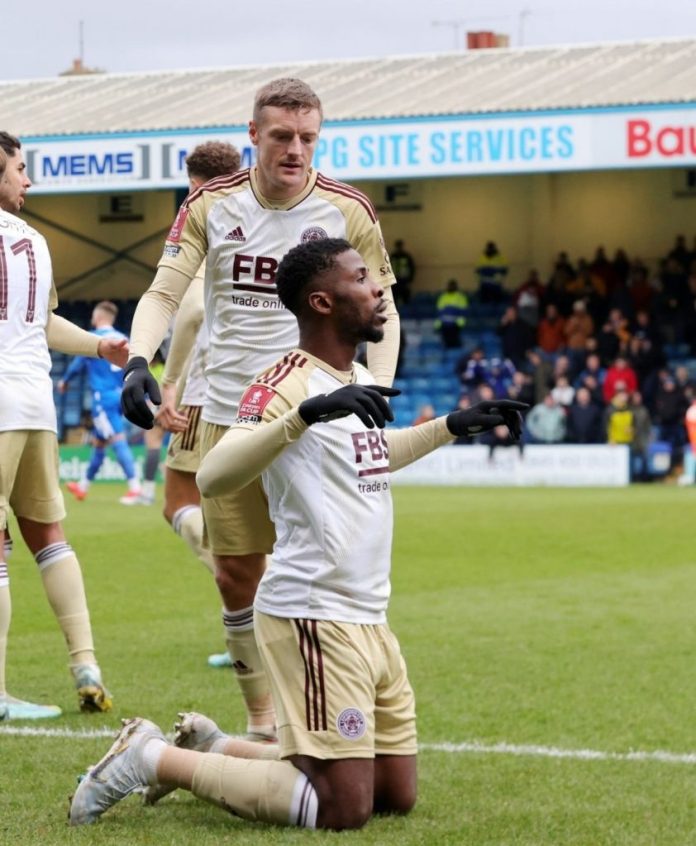 Kelechi Iheanacho continued to shine for Leicester City in the FA Cup as his solitary goal handed Leicester a 1-0 win over Gillingham.

The Foxes needed a respite from their bad streaks of results in the Premier League, which happened at the weekend.

Iheanacho once again showed his toughness when he scored the game’s lone goal while playing away to Gillingham in the third round of the Emirates FA Cup.

Iheanacho scored the game-winning goal in the 56th minute off an assist from former England international Jamie Vardy after the first half ended scoreless.

Wilfred Ndidi entered the match in the 81st minute as Leicester City won 0-1 in the match.

Since his FA Cup debut in January 2016, Leicester’s Iheanacho has scored 16 goals in the competition, and no player has scored more.