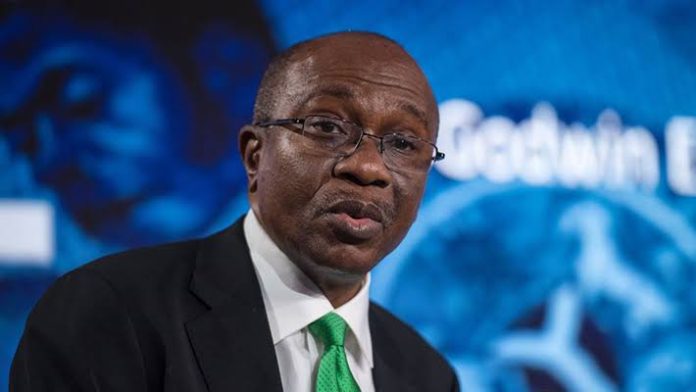 The Federation Account Allocation Committee says the Central Bank of Nigeria has disregarded its invitations to answer questions on revenues moved to the federation account between January 2006 and December 2021.

This was disclosed by FAAC’s post mortem sub-committee at its monthly meeting on Tuesday, January 17, 2023.

The sub-committee was providing an update on a proposed review of the FGN/CBN treasury crude account No: 20054141287.

At the last FAAC plenary meeting held on November 18, 2022; a consultant engaged by the Nigeria Governors’ Forum had made a presentation to ascertain whether all revenues generated by ministries, department, and agencies and paid into a designated account with the CBN during the aforementioned period; were fully moved to the federation account for distribution to the federating units as provided by section 162 of the Constitution of the Federal Republic of Nigeria (as amended).

The matter was later referred to the FAAC sub-committee with a mandate to review and report back.

Consequently, the PMSC said an ad hoc committee was constituted to handle the assignment.

It noted that all the members of the ad hoc committee attended the inaugural meeting scheduled for Thursday, December 8, 2022, except CBN which turned down the invitation, stating that “the bank is not answerable to FAAC post mortem sub-committee but the Revenue Mobilisation Allocation and Fiscal Commission (RMAFC)”.

“Therefore, another letter signed by the chairman of RMAFC requesting the bank to send appropriate representatives to the meetings of the ad hoc committee to enable the sub-committee proceed with the assignment was sent, but CBN did not respond,” the sub-committee said.

“The ad hoc committee called for another meeting on Thursday, 12th January, 2022, and a letter of invitation, signed by the chairman of RMAFC was sent to CBN, yet they did not attend.”

“The sub-committee has gone to this length to ensure that CBN attends the meeting because they are critical to the issue, without their participation the assignment would not proceed.”

Meanwhile, a Federal High Court in Abuja has summoned Governor of the CBN, Godwin Emefiele, to appear on Wednesday (today) over a $53 million judgement debt arising from the Pars Club refunds.

Justice Inyang Ekwo in an application for garnishee made on October 20, 2022, ordered Emefiele to appear on January 18 as the hearing date for the matter.

The order followed the application by a Senior Advocate of Nigeria, Joe Agi, against Linas International Ltd, Minister of Finance and the CBN through his lawyers, Isaac Ekpa and Chinonso Obasi, seeking an order directing the Inspector General of Police to arrest Emefiele and bring him to court alongside his lawyers: Damian Dodo, Audu Anuga, all Senior Advocates of Nigeria, and Ginika Ezeoke, Jessica Iyoke, Abdullahi Afolayan and Olayemi Afolayan.

The suit arose over an alleged $70 million judgment against Linas over the lawyer’s services in the Paris Club refund, which Emefiele was said to have released only $17 million, leaving an outstanding $53 million.

The court had on January 23, 2020, ruled that Emefiele must appear “to be examined on oath touching the means you have or have had, since the date of the said garnishee order absolute, to pay the balance of $53 million now due and payable under the said garnishee order absolute and also show cause why you should not be committed to prison for default in payment of the said sum.”