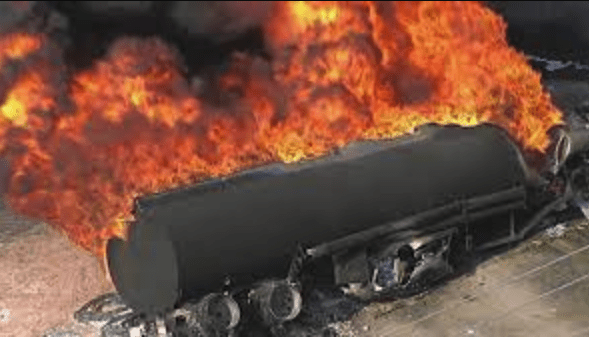 One person died on Sunday, and another was rescued from a fallen tanker at Otto Wharf Bus Stop on Apapa-Oshodi Expressway in Lagos.

Confirming the incident, the Director of the Lagos State Fire and Rescue Service Director, Margaret Adeseye explained that the accident happened at about 4:02 a.m., and it involved a 45,000-litre tanker loaded with diesel and a towing van.

The tanker, which was heading towards Oshodi from Apapa, fell on a stationed towing van while negotiating its way out of barriers erected by toll collectors on Apapa road.

“The resultant accident was mitigated by the Sari-Iganmu fire crew of the service,” Adeseye said.

One man rescued alive with varying degrees of injury, was taken to the nearest hospital, while the other was recovered dead.

The director added that the tanker and towing van had been evacuated from the
road.