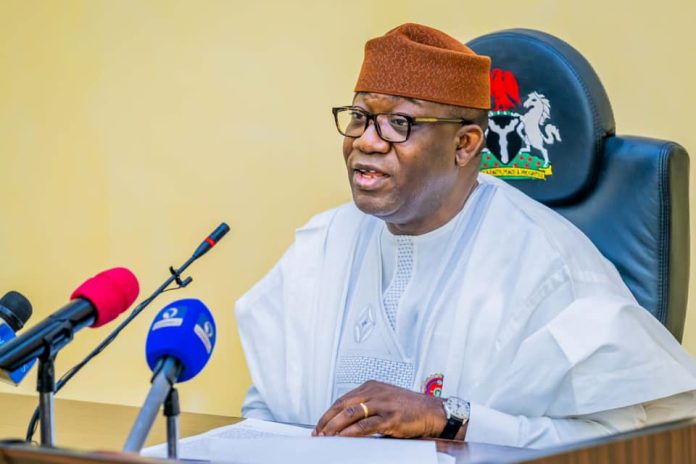 Ekiti State Governor, Kayode Fayemi, on Sunday in Ado Ekiti, conferred the prestigious Ekiti ‘Oni Uyi’ awards on 36 indigenes and residents who have distinguished themselves in different areas of endeavours and contributed to the development of the State.

This, he said, was in line with provisions of Ekiti State Honours Roll Law, No 41 of 2019 and part of the move by the state government to promote the ethos and values associated with Ekiti people.

The honours award which is the second edition, kick started activities marking the 26th anniversary of the creation of the state as well as the valedictory and inauguration ceremonies for the outgoing and incoming administrations.

At the glamorous event, Governor Fayemi conferred the highest honour Ekiti Exceptional Achievers (EEA) on seven former deputy governors of the state, (four of whom served under Governor Ayodele Fayose), as “Builders of Ekiti State”.

Five prominent leaders, who were in the vanguard of the struggle for the creation of the state, were also awarded the EEA honour in recognition of their roles as “Architects of the State”.

According to Governor Fayemi, the legal backing given to the honours award was part of the legacy his administration is bequeathing to succeeding administrations to ensure its sustainability in the State.

He noted that those honoured were chosen from different socio-economic sectors of the State without bias to encourage the virtues of diligence, hard work, honesty, and integrity.

The Governor added that every Ekiti Citizen and friends of the state who had distinguished themselves in their various endeavours are entitled to be selected and considered for the award.

“It is no longer news that our mantra for this second term in office is restoring those values which make us unique as Ekiti people and in the pursuant of this we resuscitated the honours roll and awards. To this end the Ekiti State honours roll law No 41 of 2020 was enacted to give legal backing to the award and to institutionalize it permanently for subsequent administration.

The awards are non-partisan and every Ekiti Citizen and friends of Ekiti who had distinguished themselves in various field of endeavours are qualified to be so honored,” he said.