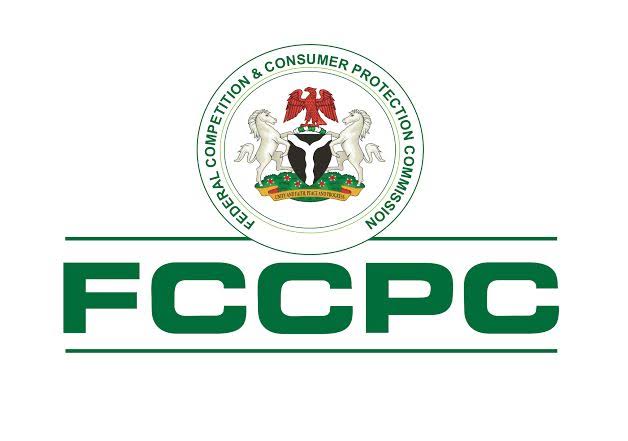 An Assistant Director and Head of the North West Zone of the Federal Competition and Consumer Protection Commission, Julius Haruna, has died in the office in Katsina.

The Point gathered that Haruna died after involving in a dispute, which escalated to, and included physical contact, with another employee of the Commission.

The employee of the Commission identified as Ms. Muibat Taiwo Abdusalam, who has been arrested by the police and under detention, was alleged to have accused Haruna of sexual harassment.

According to the Katsina State Police Command, Haruna was found dead on the floor after the office brawl last week Wednesday and the corpse has been deposited in the morgue of Katsina General Hospital.

It was gathered that there have been a record of past cross allegations of conflict and abuse/aggression by the deceased and Ms. Abdulsalam.

The current claims included an assertion of insufficient remedial action by the management of FCCPC, it was learnt.

According to a statement by Tam Tamunokonbia, Director of Legal Services/Secretary to the Board of FCCPC, the Katsina State Police Command is currently investigating the matter.

“Although investigations are at early and inconclusive stages, information known suggests that he was involved in a dispute which escalated to, and included physical contact with Ms. Muibat Taiwo Abdusalam, another employee of the Commission,” the statement reads in part.

Confirming the incident, the police spokesman in Katsina State, Superintendent of Police, Gambo Isah, disclosed that the suspect had reportedly done a certain report for which she demanded N80, 000.

The deceased was said to have directed the cashier to give N4, 000 to Abdusalam, arguing that what she did was not up to the amount she demanded.

Isah said, according to the police investigation, an argument ensued between the suspect and the deceased in his office in the presence of the cashier who later left the two in a fierce argument.

He added that the victim allegedly manhandled the deceased, tore his clothes and took his nude picture. She reportedly rushed to the GRA police station, where she reported him for alleged sexual harassment.

“Our investigations also revealed that the suspect, Ms Muhibat, had fought four previous directors who were there before the deceased,” Isah said, adding that investigation into the matter was ongoing.

After her report at the police station, some police officers were said to have followed her to the director’s office only to meet him lifeless on the floor, with bruises on his body.

Meanwhile, the FCCPC has said it is doing everything possible to assist the police with its investigation. In addition, the Governing Board of the Commission has instituted an independent internal investigation on the matter, to conclude within 21 working days or any extensions granted by the Board.

“Although investigations are at early and inconclusive stages, information known suggests that he was involved in a dispute which escalated to, and included physical contact with Ms. Muibat Taiwo Abdusalam, another employee of the Commission. The Katsina State Police Command is currently seized with, and continuing investigations. The deceased is currently deposited in the morgue of Katsina General Hospital and awaiting an autopsy. Ms. Abdusalam is currently detained by the state Police Command.

“On Thursday 18, 2022; the Commission visited the deceased’s family in Kafanchan, Kaduna State, and is continuing to provide support to the family. In addition, the Commission has been in communication with the family of the detained Ms. Abdusalam with respect to answering their questions and providing any legitimate and applicable support in the circumstances. The Commission is also assisting and supporting the Police investigation of the sad occurrence.

“There are current, and indeed a record of past cross allegations of conflict and abuse/aggression by the deceased and Ms. Abdulsalam; which current claims include an assertion of insufficient remedial action by the management of the Commission.

“In response to this sad incident, and events leading thereto, the Governing Board of the Commission held an emergency Board meeting yesterday, August 22, 2022. The Board meeting decided by resolutions:

“1. To immediately and forthwith institute an independent internal investigation, to conclude within 21 working days or any extensions granted by the Board;

“3. To invite representatives of the Federal Ministry of Industry Trade and Investment and Office of the Head of Service of the Federation as members of the Panel;

4. Directed Executive Management of the Commission to immediately engage an experienced and independent legal counsel as member, guide and support to the Panel;

“5. Immediately but temporarily relieve relevant leadership and operatives within the Commission in order to ensure a fair, transparent and credible investigation.

“Although there have been some news coverage of this painful incident, none of the speculations therein are fully verified or sufficiently established as valid evidence.

“The Commission will continue to make appropriate, full, and frank disclosures of information, any investigative outcomes and or judicial processes (where applicable). The Commission notwithstanding continues to discharge its mandate including across the North West of Nigeria.

“Once again, the Governing Board of the Commission extends its deepest condolence to the family and friends, as well as co-workers/colleagues of the late Mr. Julius Haruna.”