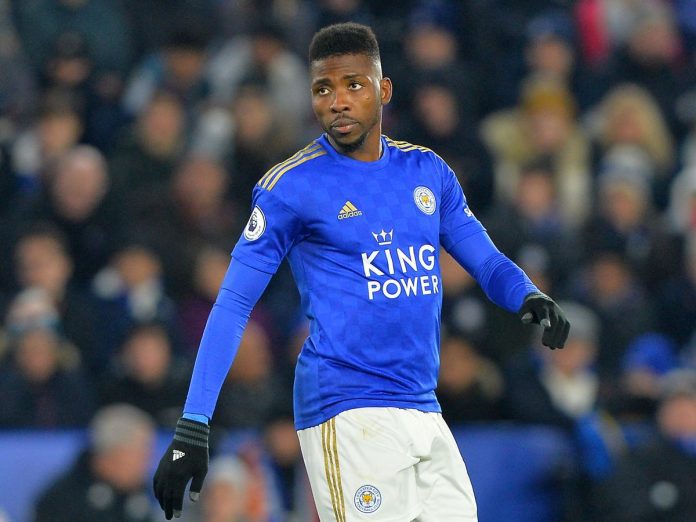 According to Turkish media, Super Lig giants Fenerbahce are interested in the services of Leicester City forward Kelechi Iheanacho.

Iheanacho has been with Leicester since August 2017 after joining from Manchester City for over €27 million.

The 25-year-old’s five-year stay with the Foxes may, however, be drawing to an end, with Fenerbahce making him their transfer target this summer.

Reports say the former Turkish champions have contacted Leicester City regarding a move for the Nigeria international.

Negotiations are reportedly progressing positively, with Fenerbahce offering to take Iheanacho on a season-long loan, with the option to make the move permanent at the end of the campaign.

Iheanacho is presently valued at €20 million, with the Super Eagles striker having two years left on his current Leicester City contract, which will expire on June 30, 2024.

Iheanacho is not considered the first-choice at Leicester, with manager Brendan Rodgers juggling him alongside Jamie Vardy and Patson Daka.

He has, however, seen only 20 minutes of action in the Premier League this term. But it was enough time to provide an assist in the 4-2 defeat to Arsenal.

Should Iheanacho leave Leicester City, midfield dynamo Wilfred Ndidi will be the only Super Eagles star left at the King Power Stadium.

Last season, the Foxes could count on the Nigerian trio of Iheanacho, Wilfred, and Ademola Lookman. Lookman has since moved to Italy to join Serie A campaigners Atalanta.