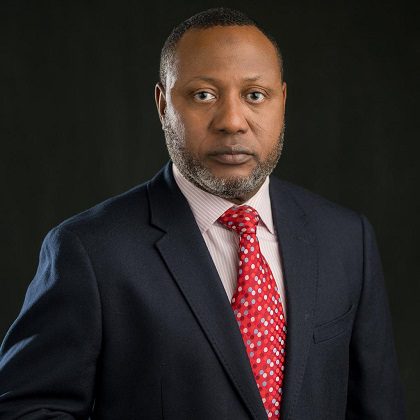 The Federal Government of Nigeria has commended the efforts of the Ekiti State Government at mitigating the impact of project activities on the environment and social-economic lives of the people of the State.

The Minister, represented by a Deputy Director in the Environmental Assisted Department of the Ministry, Dr Musa Gashua, lauded the State Government for complying with National Environmental Impact Assessment (EIA) act of Nigeria and other extant environmental laws and regulations in the executions of developmental projects as one of the steps in addressing probable future and immediate environmental challenges caused by project activities.

He explained that the provisions of EIA Act CAP E12 LFN 2004, mandated proponents of major developmental activities in the country to carry out an environmental and social impact assessments of all proposed projects.

Commenting on the ESIA reports on the three projects, Dr Abdullahi stressed the need for other State Governments to embrace environmental and social impact assessment of projects to expose the environmental problems, social challenges and other negative impacts that come with project activities.

The Minister noted with displeasure that neglect of such assessment reports was responsible for environmental degradation, pollution and some of the severe natural disasters like flooding, erosion, landslides, and others experienced in the country.

He revealed that the panel review meetings between the three tiers of government and other critical stakeholders would enhance public participation and contributions in ensuring that the projects were executed at the highest level of environmental and social sustainability.

“We have done the assessment, we have been to the project sites, we have seen the presentation; the environmental and technical aspects, and we also had question and answer sessions, what is left now is that we would write our recommendations and take it to the decision makers that is the honourable minister who had the power to approve.

“I am satisfied with the report they have met the minimum requirement, they are good to go and it is also a way of encouraging others because the government doesn’t want to scrutinize their projects or subject them to EIA process but now a lot of them are coming and we are impressed and we also encourage state governments to subject their proposed project to EIA scrutiny.

“Man and project activities have rendered the environment very fragile and polluted, you see what is happening the climate change, look at flooding, look at erosion, these are all defects that come with the quest for industrialization,”he added.

Dr. Akinyemi Akinyugha, an adviser to the State Government on environmental matters, mentioned that the health, safety, and well-being of the people of Ekiti is paramount to the government; hence the prioritisation of the conduct of ESIA for the projects. He emphasised the State Government’s commitment to the implementation of recommendations for environmental management during and after the execution of the projects.

“The State Government is very intentional in executing its development plan in the most environmentally-friendly approach possible. Not only are these projects designed to promote the economic development of the state but also to promote sustainable social inclusion by opening up new frontiers of growth for the state. The State is taking full advantage of its strategic location as a gateway to the North from the South and its proximity to Lagos in developing its potential in agro-business and knowledge economy.” added Dr Akinyugha.