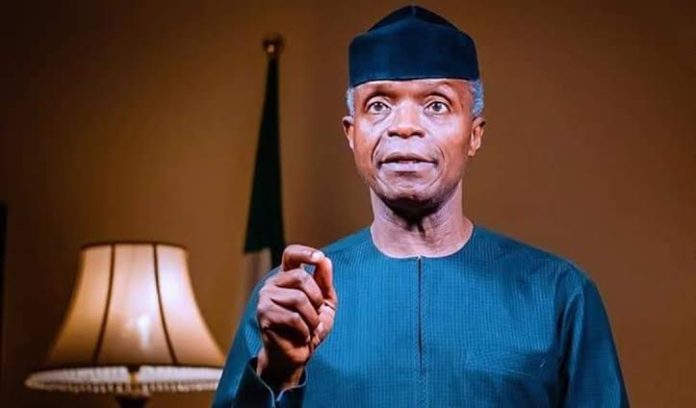 In a move to explore how to provide further financial succor for states regarding repayment of the Federal Government’s Budget Support Facility, the National Economic Council has decided to review the Central Bank of Nigeria’s plan to commence deductions from State governments’ share of the monthly federal allocations.

At a meeting presided over by Vice President Yemi Osinbajo on Thursday, the Council resolved to set up a committee with representatives of the Federal Government and the states to review the matter.

According to the Vice President, “bearing in mind all of the financial difficulties, we take the position to review the plan to commence the deduction for the loan.”

NEC resolved that representatives of the Governors’ Forum, the Central Bank of Nigeria and the Federal Ministry of Finance, Budget and National Planning, among others, meet to review modalities for the imminent deductions of funds from States by the Central Bank of Nigeria, to repay the Budget Support Facility granted to States by the Federal Government.

It noted that the decision was in consideration of current difficulties experienced by state governments in fulfilling their financial obligations.

Another resolution of the Council meeting was the endorsement of the revised National Social Protection Policy presented by Minister of Finance, Mrs. Zainab Ahmed.

The policy will now go to the Federal Executive Council and from there to the National Assembly.

The Minister said the 2017-2022 National Social Protection Policy “was reviewed in consultation with all states and other stakeholders and it is to be subjected to review every five years for update and accommodation of some emerging issues including Pandemics, insecurity and shock responsive Social Protection as well as new institutions.”

She added that the expected benefits of the revised NSPP includes among others, “reduction of multi-dimensional poverty; promoting social justice, equity and inclusive growth; reduce unemployment, social and economic vulnerabilities, and other threats to sustainable development.”

NEC also resolved to constitute a committee of the Federal Government and State governors to liaise with other relevant stakeholders to find immediate and long-term solutions to flooding problems across the country.

Regarding this, the Vice President noted that the committee liaising with critical stakeholders, will support efforts, whether short, medium or long term, in mitigating the impact of flooding as well as finding lasting solutions to the issue.

Council also commended the efforts of stakeholders including the National Primary Health Care Development Agency in the vaccination of more Nigerians against COVID-19.

According to the presentation of the COVID-19 Scorecard by the Executive Director of NPHCDA, Faisal Shaibu, “over 127 million doses of COVID-19 vaccines have been procured and administered through collaborations by the Federal Government and other partners since the inception of the exercise.

“Additional 10.5 million doses of Johnson and Johnson vaccines have been procured by the Federal Government and is being expected in the country before the end of the year.”

Shaibu added that 46 million persons have been fully vaccinated, representing 42 percent of the total eligible population targeted for the exercise.

He commended Nasarawa and Jigawa State governments for their efforts in ensuring take off of the accelerated COVID-19 vaccination exercise in their states.

The decisions were among resolutions reached by the Council on Thursday at the end of its 128th meeting with Governors and other Federal Government officials in attendance virtually.

The meeting also had in attendance the new Ekiti State Governor, Abiodun Oyebanji.