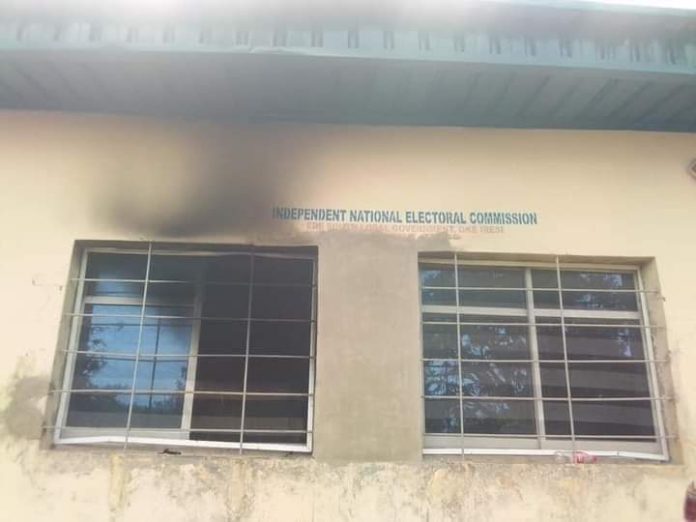 Some parts of the office of the Independent National Electoral Commission in Ede South Local Government Area, located within the premises of the council area in Oke Iresi, Ede, were on Thursday razed down by fire.

It was gathered that the conference room of the secretariat was mainly affected in the inferno which started some minutes to 10am.

Attention of firefighters in the state was said to have been called to the scene immediately smoke was sighted from the conference room.

Early response of firemen from Osun State Fire Service to the incident was said to have restricted the fire to only the conference room of the secretariat.

A source at the office said the room was completely razed down with furniture and some other items destroyed in the fire.

It was further learnt that items like knife, slices of bread, a keg containing petrol and a fez cap were recovered from the scene of the fire, raising suspicion of arson.

The Public Relations Officer of Osun INEC, Seun Osimosu, confirmed the incident and said the Resident Electoral Commissioner was on his way to inspect the office.

The incumbent Governor, Gboyega Oyetola is challenging the outcome of the election and has argued that there were over-voting in some local government including Ede South council.