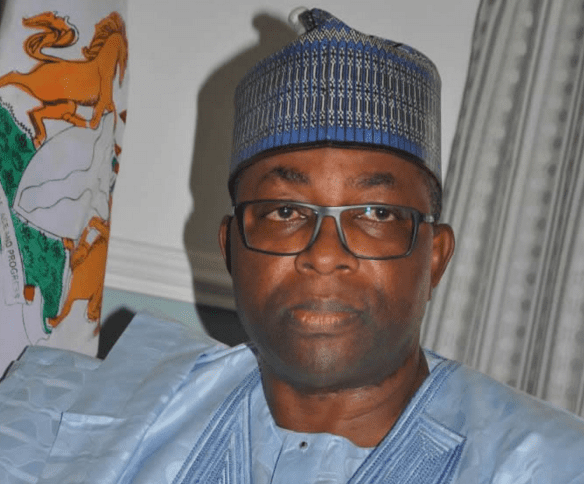 The Minister of Agriculture and Rural Development, Mohammed Abubakar, has dismissed concerns that Nigerians will experience food shortage in the coming months.

Abubakar said this while responding to questions from lawmakers on Monday at the budget defence session of the ministry before the National Assembly.

The budget defence was jointly organised by the Senate and House of Representatives Committees on Agriculture.

Some of the lawmakers in their separate submissions had decried the effects of flooding in the country, especially on farming.

They also said that projections had been made that Africa might experience food shortage given the stoppage of grain imports occasioned by the Russia- Ukraine war.

But Mohammed said, “The main concern about food scarcity, in the coming months, we will not allow that to happen, I can guarantee you by the Grace of God, because we have measures in place.

“One of the measures is dry season farming, which we have in place and the money, we are working with the Ministry of Finance, we have gotten money from financing agencies, one of them is AFDB, and we will intensify dry season farming.”

Mohammed said that flooding is a naturalist phenomenon that could not be stopped, adding that it could in some situations be used to benefit agricultural production.

He said the ministry was already assessing the flood situation on the basis of the extent of damage done to farmlands and crops like rice, maize and the number of farmers affected.

He said the immediate intervention was that the Ministry of Humanitarian Affairs and Disaster Management was distributing grains provided by the ministry.

According to him, the ministry has programmes lined up to address the issues of flooding of farm produce.

On support for farmers for increased crop production, the minister said the ministry was distributing inputs every year in every geo- political zone, adding that records of the distribution including farm implements to farmers were available.

“We have an insurance scheme for farmers who are flood victims, for those under insurance coverage, we process and pay them, and for those who don’t, we have intervention from the government from time to time,” he said.

He said in line with the directives of President Muhammadu Buhari for the provision of a master plan to mitigate flooding, the ministry was collaborating with the Ministries of Water Resources and Environment.

According to him, the ministry has gone far in executing its 2022 budget, adding that several agric projects and programmes had been awarded for implementation.

“We are improving production of agricultural products in areas where security is okay to make up for areas that are challenging security wise and security agencies are helping to provide some measures of security.

“We have big projects for tractorisation and it is ongoing, we have countries where companies have already pledged to invest in agro processing zones, for example, Kuwait firms have already committed $100 million,” he said.

Chairman, Senate Committee on Agriculture, Abdullahi Yahaya (APC-Kebbi), said the ministry must ensure that its budget is specific and focused on programmes to be executed.

He said there was also the need to ensure that preparation of the budget entailed collaboration with representatives of the people so as to benefit them.

He said it was appalling that a country of over 200 million people would have a low budget on agriculture, saying that it was nothing to write home about, given the importance of agriculture.

Abdullahi, however, said the Federal Government in the last four years had done creditably well in releases of budget funds for execution of projects in the agric sector and other MDAs.
He said that the MDAs had gotten nothing less than 70 to 80 per cent of their capital releases.
This, he said, was made possible via the consistent efforts of the National Assembly on the budget processing and approvals. (NAN).